By Kerry Moore On May 24, 2017 Last updated Jan 11, 2021
"Paladin" by GreyHues on DeviantArt.com
Share TwitterReddItPinterestFacebookEmailPrint

Welcome back to our semi-regular Sword Scrutiny series! Today we’ll be exploring the roots and tactical logic behind a weapon made famous by videogames, movies, and Dungeons & Dragons. We’ll be talking about the mace (not this Mace). 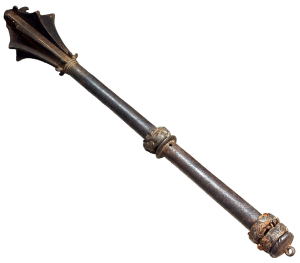 The popular myths conjured by the mace are full of valorous images that aren’t necessarily true to reality. The idea of clergymen using maces comes from the theory that holy men cannot shed blood. Novelists, videogame producers, and movie directors seized upon this notion and made it a visceral reality. As a result, nerds the world over have been captivated for decades by the idea that a humble cleric might lower his cowl to wreak havoc with a trusty mace in service of the Almighty.

The historical record tells us that this simply isn’t true; aside from rare exceptions like the truly outlandish Pope Julius II (who had wide-ranging interests like leading troops into battle and commissioning priceless works of art), Christian clergymen in medieval Europe rarely took up arms. Priests, monks, and friars simply did not have the training or skills necessary to be a martial threat—the sight would have been as ridiculous to medieval people as a history teacher starting at quarterback for the Atlanta Falcons would be to our modern eyes.

Those clerics who did take up arms, like the legendary Adhemar de Monteil (said to have carried the Holy Lance into battle in the First Crusade) seem to have had no issue using swords or spears.

The Real Origin of the Medieval Mace 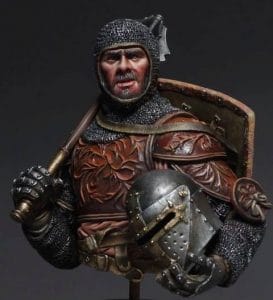 Foolishly brave fictional clerics aside, there were plenty of real-world soldiers, knights, and men-at-arms more than ready to use maces in battle. The tank of the European Middle Ages was the knight. With his vulnerable head, neck, and limbs covered in protective armor, the knight was protected against most swords, spears, halberds, and pikes. (These weapons weren’t useless—you could knock a knight off his horse or possibly pierce his armor with immense strength—but the knight was basically untouchable against blades and arrows and thus had a huge advantage against non-armored foes)

Enter the mace: a sturdy weapon that would not break or shatter against metal armor. Used with skill and power the mace functioned as a formidable weapon against knights, a medieval tank-buster that could crush or even puncture armor. 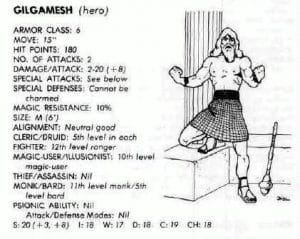 The medieval mace came in a variety of shapes and sizes. Infantry maces were two to three feet long, while maces used on horseback could be longer. As plate armor became more popular and chainmail even more prevalent, mace design evolved to add flanges. These sharp edges on the business end of a mace could cause damage to men wearing plate or chainmail, and were typically rounded or pointed.

Maces have a long history and can be found in cultures the world over. One of the most interesting variants was the macuahuitl, a sword-mace hybrid used by Mesoamerican cultures for hundreds of years. The macuahuitl was flat, with rows of obsidian or flint inserted or glued along the edges. This weapon served Aztec, Mayan, and Mixtec warriors for centuries, falling out of use only after the arrival of Europeans.

Hernán Cortés and his Spanish soldiers were impervious to the wicked but fragile blade of the macuahuitl, which shattered uselessly against the Europeans’ armor. The last genuine macuahuitl, one that dated to before the arrival of the Spanish in the Aztec Empire, was destroyed in a fire in the Real Armería in Madrid, Spain in 1884.

The Drift Episode Three: Interview with Skid Maher of the GCP

A Bald Cleric and Two Bears: The Origin of the Cleric Class in Dungeon and Dragons