Recently, my two nieces and nephew wanted to get in on a roleplaying game, as both of their parents, along with 3 friends, have been a part of a Thursday night campaign. And while they occasionally fail a stealth check, they have caught pieces and glimpses of the game and wanted to play.

So, I agreed and their parents worked up their characters and some pretty compelling backstories and I recently ran them through their first encounters. Out of that, I have spent some time and read around on how to be a good DM for a table of kids. Here are a few thoughts I have on how to make sure that they have a compelling adventure. 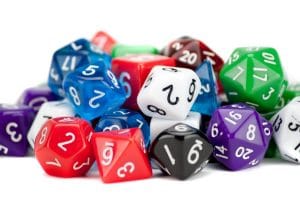 First, try and make everything you can as simple as possible. This doesn’t mean I am ignoring the rules but it does mean I am much more wanting them to explain what they want to do and then explain to them what that would take.

Sometimes it is as simple as they want to cast a spell. Sometimes it is more creative. Regardless, at this point in the game, I want them to tell the story and I will work on the logistics. And one of the best moves I made was to bring a bag of Dice of Rolling to the table.  Instead of asking them to roll a d20 or a d8, I ask them to roll the blue die or the black die. Made that part a good bit easier for me and them!

Second, make sure that your story fits your kids. One of the things that I have found DMing for adults and their PCs, you sometimes have to work really hard to motivate the characters, sometimes using large amounts of gold or promises of magical items. Kids want to be heroes so give them the right thing to be heroic about.

For our first adventure, I had them come to a town and discover that all the pets of the town had been kidnapped and the adults were all too busy to do anything about it. A quick conversation with a teenaged NPC who missed her dog, and they were ready to spring into battle, without any talk of payment or gold pieces. Work to set up stories that let them be heroes in a way that they understand.

Third, use visuals. I can describe a hobgoblin gang but it is much better for me to have a saved picture on my iPad queued up and ready to show them when the time comes. Using a map and miniatures also helped them to understand how things would go. 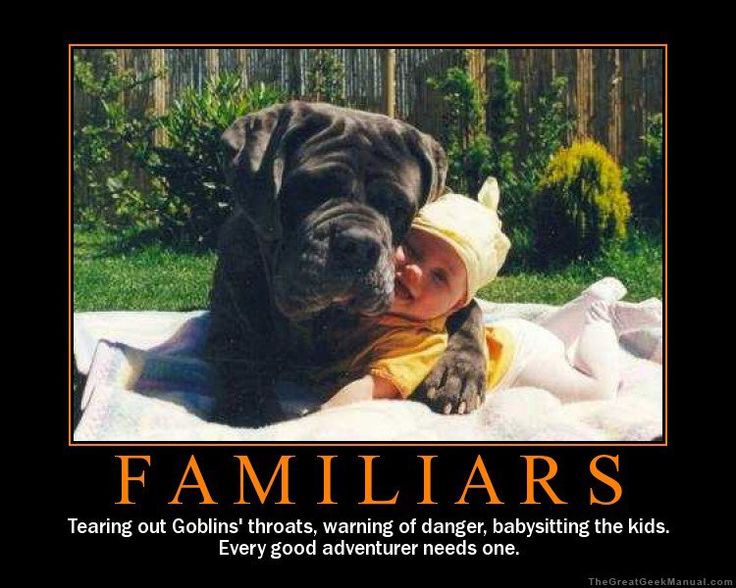 Four, bend but don’t break the dice. At one point, I could have critical hit one of the characters and, because of the damage of the spell, it would have likely killed permanently their character. Instead, they were injured enough to go down but not die.

It is worth working really hard to keep the characters alive if at all possible. I gave them healing potions at the beginning and had their dad on hand as a PC to help guide and keep them alive. Even if they had all gone down, they were going to be prisoners, not casualties.

Once they have some more games under their belts, I can see a time when a character dies but not at low levels when they are so squishy, even as I gave them max hit points to start. Conversely, when they rolled big, I honored it. When they finally got to the lead hobgoblin in the cave, I was ready for some epic backstory and character building and setting up future adventures against this mean ole hobgoblin gang. Then my niece won initiative with her Fire genasi warlock, who hit with a spell critically and annihilated the hobgoblin leader on the first action in combat. Uh, game over. 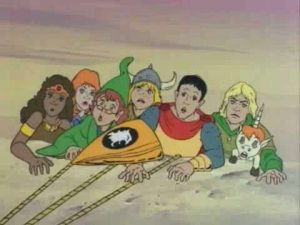 Fifth, build on their excitement. After the first adventure, there has been buzz. They want to explore the waterfall cave that they couldn’t before because of the snakes in the pool at the bottom of it. They want to work in parts of their backstories for future adventures, which is being furthered as I ask questions like “Did she see them die or did people just tell her that is what happened?”

When we schedule our next adventure, I will be ready and willing to further their story along as well.

And side tip: because their parents are playing in a game I DM for as well, I have connected the two worlds. I anticipate building up to a crossover of some kind with one of the kids and their PC guesting one evening for an adventure that only they can be a part of!

Regardless, playing tabletop roleplaying games with kids is a great exercise in imagination, storytelling and learning some basic skills, like planning ahead, waiting your turn and puzzle solving. If you are a DM and haven’t, DM for kids who are interested and help them have a great adventure as well!

Who Blames The Watchmen: Why DC’s Inability to Release Their Past is Killing Their Future