After the epic combat of Episode 109 , the party is in rough shape…but the world isn’t going to save itself.  They’ve still got to sort out the location of a couple of the components they need to reignite the forge, so it is onward and forward in Episode 110: Don’t Worry, Be Mappy.

Brutalized and clinging to life, the party attempts to unravel the mystery behind the cave paintings. 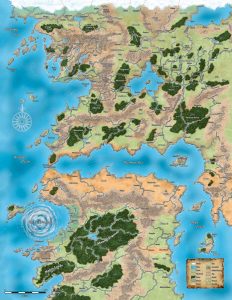 The Drift Episode 6: Updates on Starfinder!