We ended last week with a stone giant charging the party while a second hurled a boulder at them as they attempt to cross a bridge.  We’ll pick up in media res today in Episode 121: Bridge Over Troubled Slaughter.

The party celebrates Ascension Day by battling a pair of Stone Giants on a bridge! Meanwhile, another Stone Giant senses something amiss while on guard duty. 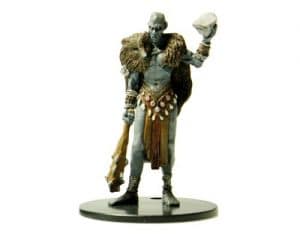