By Clave Jones On Nov 8, 2017 Last updated May 13, 2018
Share TwitterReddItPinterestFacebookEmailPrint

There are so many awesome things in nerd culture that we try really hard to share that positive stuff on Nerds on Earth. But on a rare occasion, something is so bad that we can’t help but snark about it.

The X-Men comics in the 90s were so bad that we can’t help but snark a bit. It was made worse because the X-Men of the 80s were an iconic and beloved run under the writing of Chris Claremont.

But the X-Men comics in the 90s were often eye roll inducing and simply gosh-awful bad. Characters were wildly cheesy and excessive, which ultimately made many of them forgettable. Here are 7 of those 90s X-Men characters.

7 Forgettable X-Men from the 90s 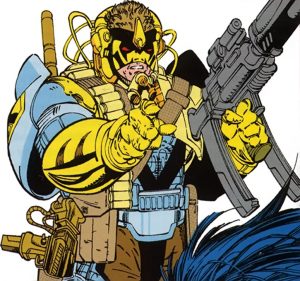 Maverick was created by Jim Lee in the early 90s height of the brotastic era. He completely lacked subtlety or nuance. Instead, Maverick embodied pretty much everything in excess: tough guy armor, big guns, a purely physical power set, and on it went.

Just look at him. Maverick was all the things, turned up to a mockable degree. He had a short-live series, the first issue of which had “Blasting straight from the pages of Wolverine” right on the cover. Marvel was clearly aiming for a type, but in driving Maverick so squarely toward that stereotype, they ultimately made him forgettable. 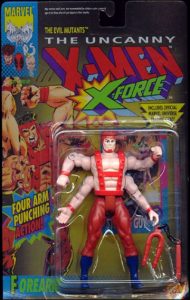 Forearm was created by Rob Liefield. If you guessed that Forearm was a mutant with four arms, then you nailed it right on the nose.

Forearm was a member of the Mutant Liberation Front (MLF), an organization that represented the militarization of the New Mutants comic series as it morphed into X-Force.

Forearm feels like a character I would have made up when I was 9 years old and creating characters for the Marvel FASERIP RPG. The difference is that Rob Liefeld was a grownup at the time of the character’s creation and should have known better.

You know what? I’m no Rob Liefeld fan but I don’t wish the guy ill. And if I get going on the corny comic decisions he made in the 90s, we’ll never finish this list. So let’s move on… 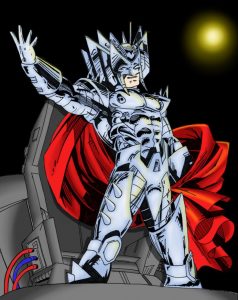 Stryfe is another character created by Rob Liefeld and was the main villain in the X-Cutioner’s Song crossover. I’ll not even try to explain Stryfe other than to say he is a clone of Cable, the time displaced son of Cyclops and Jean Grey.

So an amped up copy of quite possibly the most confusing comic character ever is ultimately going to be pretty forgettable, mainly because you are trying to forget in order to make the headaches go away.

Stryfe’s look is classic Liefeld. I can imagine the editorial meeting went something like this:

/draws the artistic expression of excess 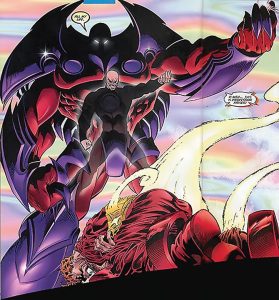 Onslaught is not a character created by Rob Liefeld, lest you think I’m picking on him. Onslaught is a psychic entity created from the merged consciousness of Professor X and Magneto that gained sentience.

You’ll probably want to read that previous sentence again. But it was whackadoodle new characters like Onslaught that were the calling card of the 90s, which is what makes a list like this possible.

Despite the bizarre and unsatisfying concept for the character, Onslaught was the focus of huge 90s crossovers and has appeared in dozens upon dozens of comics. Yet there isn’t a memorable thing about the character or his crossovers. Instead, comic fans want to forget. 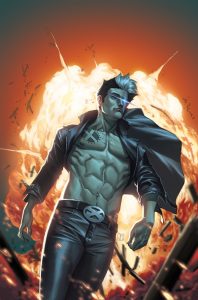 X-Man is Nate Grey, an alternate universe version of Cable, hailing from the “Age of Apocalypse” timeline. He is the biological son of his alternate timeline’s Scott Summers and Jean Grey, born of genetic tampering by Mr. Sinister.

Honestly, an origin story like Nate Grey’s is typical comic book stuff, particularly for 90s X-Men. The reason X-Man makes this list is there are very few characters that are a better example of comic writers trying too hard. Not even Warren Ellis could turn around the character when he was brought in to give the X-Man solo series a shot of cool.

A later attempt at the character had Nate Grey walking around shirtless. Yeah, that just brought the character more eye rolls. X-Man was lame, full stop. 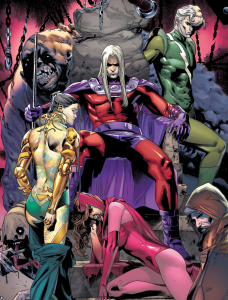 Joseph was a younger clone of Magneto, so he had the same power over magnetism.

By the mid-90s, the Uncanny X-Men had become the kind of comic you tucked under your arm as though you were taking a newspaper to the john. The stories didn’t make a lick of sense and the characters had gone so far beyond full gonzo that it was hard to take them seriously, which is hard to say about comics, considering us readers suspend our disbelief when it comes to seriousness.

So Joseph was undoubtedly an attempt to “relaunch” Magneto, I suppose, giving him fresh life. But Joseph was wholly forgettable. 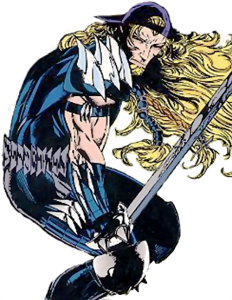 Adam X sometimes went by Adam The X-Treme. His power was the ability to cause someone’s blood to boil, and it turned out that his storylines caused a lots of fans’ blood to boil.

He was intended to be the third Summers Brother but those plans were inevitably scraped, which was too bad because he probably could have taught Cyclops to ride a skateboard.

The State of Dungeons and Dragons: A Podcast Recording of Chris Perkins and Mike Mearls