Glass Cannon Podcast: Episode 134 – It’s My Party and I’ll Scry If I Want To

L’Orc walks into a bar.

That’s no lede into a joke. L’Orc…WALKS…into a bar!  Sergeant Irontusk has his legs once again. See where they take him in Episode 134:  It’s My Party and I’ll Scry If I Want To.

Everyone’s favorite ranger is back on his feet and ready to fight, but the party must tie up loose ends before leaving Janderhoff en route to Bloodsworn Vale. 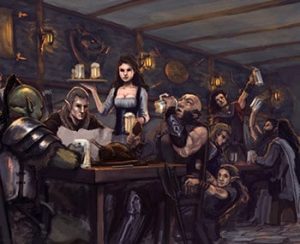