Someone done messed up by demanding Cat Benatar be set free.  She’s new but she’s already loved and darn it we’ve had it up to here with Joe’s bad luck with animal companions. Will the GCP be able to shed that bad animal companion luck curse this week?  Find out in Episode 139 – Hit Me With Your Head Shot.

A strange creature in the wilderness makes a demand the party cannot possibly agree to! 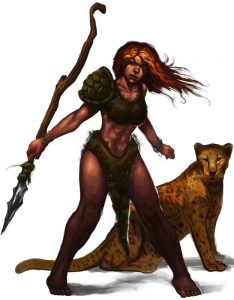