The GCP crew is now encamped just outside of Skirgaard.  They’re scheming up a way to cause a commotion among the giant kind.  Will their plan succeed, or will it put the giants on high alert?  Find out in Episode 143 – Knowledge is Tower.

Barron, Fairaza, Lorc and Pembroke uncover more intel about Skirgaard as they continue their clandestine infiltration of the giant camp. 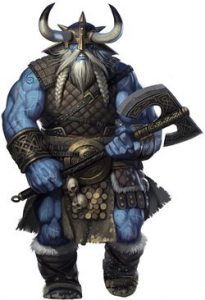