John Williams’ 86th (!) birthday was on February 8th. Mr. Williams has been gifting the world with his many musical talents since 1932, and the modern world is indescribably richer as a result. His music is unapologetically emotional and hopelessly romantic—full of swelling strings, ringing brass, and rumbling tympani; the kind of music we wish were playing over the little dramas and chaos of our lives.

Though he had been performing, composing, and conducting since the 1950s (that’s a young Johnny Williams playing piano in Cat on a Hot Tin Roof with Marilyn Monroe in 1959), Mr. Williams didn’t come to the spotlight until the 1970s, when young, New Hollywood directors were burning the studio system down and building a blockbuster system in its place. His lush, classical soundscapes juxtaposed alluringly with the cutting, acidic modern dreams of dreamers like Steven Spielberg, Richard Donner, and George Lucas.

He’s been in heavy demand ever since. While most famous for his fecund partnership with Spielberg, Mr. Williams has collaborated with a who’s who of modern filmmaking: George Miller, Chris Columbus, Kathleen Kennedy, Ron Howard, Alfonso Cuarón, Peter Jackson, Rian Johnson, J.J. Abrams. The man is also a ludicrously productive dynamo; he has written scores for eight films in this decade alone, two of them (The Last Jedi and The Post) coming in 2017. Mr. Williams is nothing if not prolific, and his delightful productivity doesn’t diminish the quality of his composing.

I somehow let John Williams’ birthday slip by me this year. 2018 has been a hectic year for my family, but I always have time for the Master Maestro. To amend this grave mistake, I borrowed a page from Mr. Williams’ musically abundant book: a playlist of 29 of my favorite John Williams compositions (one for each day of his birth month, and one to grow on). 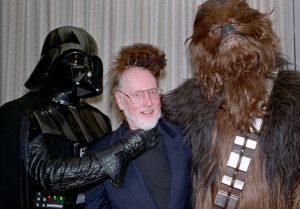 “Nocturnal Activities”—Indiana Jones and the Temple of Doom (1984) 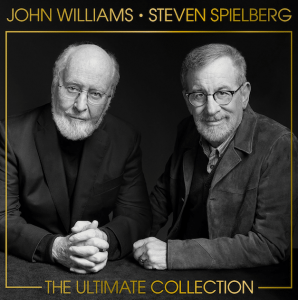 “The Clash of the Cranes”—The Adventures of Tintin (2011)

Bookmark this article and listen to one piece a day, or burn through them in one orgiastic binge of pizzicato strings and wistful French horn solos. I hope John Williams’ music brings you as much joy as it has to me!

Autonomous: A YA Book with an Important Message

The Summer SCORESCOPE: Musical Morsels For Your #HotVaxSummer

The Force 40: The Absolute Best Music from Star Wars, Part 2

The Summer SCORESCOPE: Musical Morsels For Your…