Imagine that you are a man of a certain age, with a deep abiding love for science fiction, movies and Star Wars in particular. You suffered through the Jar Jar Binks era and, suddenly, because you have done a couple good-to-great movies (re: Looper and Brothers Bloom), Disney, who has recently bought the Star Wars universe offers you a chance to make the middle film of the new trilogy that they are making. 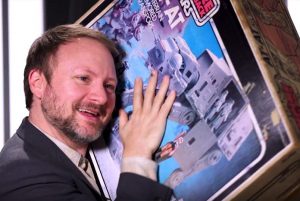 You are stoked, excited and pour yourself, heart, mind and soul into this film, picking up the story from JJ Abrams and bringing the middle piece of the new story to a place where it can be handed off to the next creators to finish.

Then the film comes out and the nerds revolt. They don’t like the tone you set, some of your ideas about the Jedis, what happens to Luke, and basically you have to avoid all of the Internet. Thus is the story of Rian Johnson. And he deserves some praise for how he has handled all of this. And maybe there are some principles that we could all learn from. 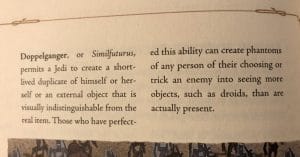 First, he has respected people’s ability to disagree. While people have been sometimes brutally unkind to him, especially on Twitter, he has quietly engaged them and allowed them to express their disagreement while defending his work. He didn’t put anyone on blast or try and get legions of people like me who loved his movie to attack certain accounts.The closest thing to some shade was a series of tweets that he did that ended with this picture from a copy of the book Star Wars: The Jedi Path, after someone criticized a point in the movie; even it was done playfully.

Second, he didn’t respond right away. He let the film (and its fans) speak for itself (and themselves) before he engaged in the thing more deeply. After the film had been out awhile, he picked a couple of venues to do long form interviews where he knew he could say what he wanted thoughtfully and directly to the fans and critics.

He was on an episode of the podcast/NPR show 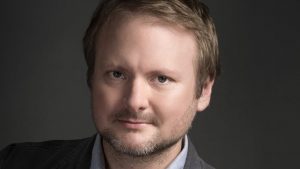 Bullseye with Jesse Thorn, who also runs the Maximum Fun Network. The interview that Jesse does with Rian is really great and worth checking out. You can find the episode here. The other place where Rian Johnson showed up is on the Slashfilmcast, which was great because before he became the director of a Star Wars movie, Johnson had been on their show and was a fun guest. /Filmcast episode 451 is a great conversation with Johnson and the three usual hosts of the podcast.

Third, he is going to keep moving and making things. Nearly immediately after Star Wars: The Last Jedi was released, Disney announced that Johnson was going to be in charge of a trilogy set in the Star Wars universe. No doubt, he has other ideas and things that, if we are all lucky, he will be able to make and share.

Rian Johnson has withstood some brutal attacks, let his work speak for itself, and has managed to be thoughtful and engaging throughout the whole process. Thanks, Rian Johnson for giving us an example we can follow!