Who or what is it that causes all of the giants in Skirgaard to kneel?  Found out today in Episode 147 – Spy Another Day.

The party watches as the entire army of Skirgaard gathers around to watch a presence exiting from a door built directly into the mountain! 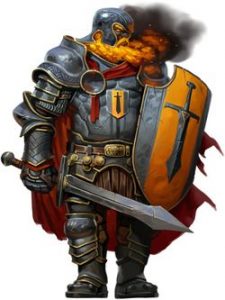