Review of Mordenkainen’s Tome of Foes: Is the newest D&D property worth it?

This week, Wizards of the Coast and the their Dungeons and Dragons team released their latest volume of the fifth edition game, Mordenkainen’s Tome of Foes. And as 5e has progressed, we have seen different volumes achieve different results. For instance, the last book, Xanathar’s Guide to Everything was basically the expansion of the general rules, adding in new classes, races, variations on the above, as well as the first new spells in 5e since the original ruleset dropped.

Each step of the way, the D&D team has been shoring up the core rules of the fifth edition.

Morderkainen’s Tome of Foes is similar to the other recent books but it also expands the system in some key ways. First, just in a theoretical sense, Morderkainen sets up a multi-verse. One of the things that used to be true about Dungeons and Dragons is that there was a multiverse set up, including realms like the Forgotten Realms, Greyhawk, Dark Sun, Eberron  and more. Over the years, different creatives had built things they loved and people latched on to those.

In terms of official D&D 5e, everything has been set in the Forgotten Realms until now. Morderkainen himself is a wizard from the Greyhawk world and that he has written a tome of knowledge just sets up the idea that the D&D may be on the verge of throwing open the multiverse in their official products. (Fans of the other multiverses have been keeping them alive in their games and Twitch streams using 5e rules since 5e launched; this just would create some “official” opportunities for the realms of 5e to expand.)

With that in mind, what has Morderkainen written down to teach us all? The book really breaks down into 2 halves.

The first half of Morderkainen’s Tome of Foes is a mixture of history, some race variations for some races and a deeper delving into the way it all works, as well as a new playable race. The history part does a lot to add some flavor to the tiefling class and subclass as it talks about the Blood War, which is essentially a back and forth battle of tug of war between demons and devils.

There is a lot to unpack there and reading it did spark some ideas in terms of how adventurers might get pulled into one side or another at various times and stages. I don’t know that I would want to build a whole campaign around it personally but the idea that every so often the heroes get pulled into one side or another could be pretty compelling. Around the same idea, you get some great ideas for how to build cults and who they would serve and how. The political intrigue angle could be an excellent one to explore and build some lore around.

If you are playing an elf, dwarf, halfling or gnome, there is some really great backstory information in terms of their deities and gods, how their societies exist and how to play into those. And from those, we also get some playable races, including 3 elven variations and a dwarven and a gnome variation. Most interesting is the addition of the Gith; their story of seeking to escape oppression from the mindflayers that ruled them and how their traits come out of that struggle are very interesting to me and I love that you can play either a Githyanki, who have been focusing on battle and strength or a githzerai who have been focused on developing their minds. 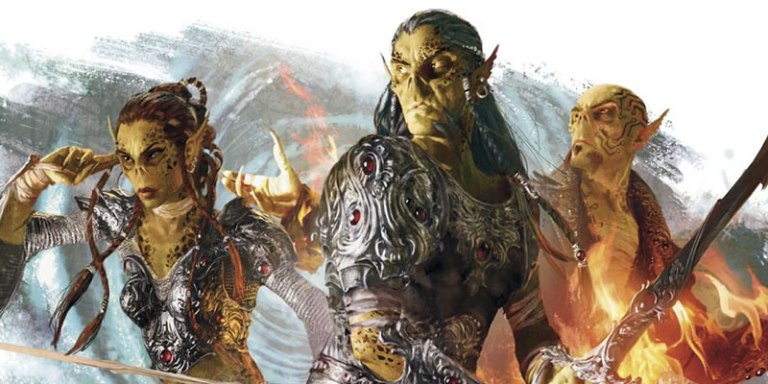 The second half of Morderkainen’s Tome of Foes is a little easier to explain: it is an expansion of the Monster Manual with a focus on some higher end monsters. One of the things that the D&D team talked about openly is that they heard a cry in the community for some super high level challenges for players and their parties. A full half of the new creatures in this book are Challenge Rating 20 or higher, meaning these are the superbads of the D&D world.

While I have reveled in reading through them, I also doubt I will ever have the opportunity to use them in any kind of realistic context. My current weekly game has been playing for a year or so and the characters just achieved level 9. And most of these high level creatures would run through them like a buzz saw. That isn’t to say I don’t like reading about them and the lore around them; I just don’t know how much people are going to be able to practically use them unless you have a really long running game or start a scenario with characters at super high levels. 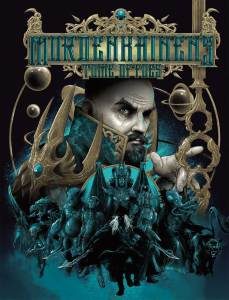 And, lest we forget, these books are wonderfully made. The D&D team spend time to make sure the books look great, have stellar artwork and Morderkainen’s Tome of Foes is no exception to that. While I have started to wear out a couple of my books, Wizards of the Coast has fantastic customer service and has been known to replace books when the bindings fail. (At the time of this writing, Wizards announced that there was an issue with the alternate cover that they released to game shops and they are working to replace them. We got a review copy and it looks stellar, as expected.)

All of this to say, Morderkainen’s Tome of Foes is the next book of the fifth edition of Dungeons and Dragons. If you are a Dungeon Master, this book is a no-brainer, as the world expansion and the second half of the book will give you lots of new ideas for adventures. If you are a player, and like the lore of D&D and like exploring the various races and subraces, then this book is a good pick up for you as well.

[Disclosure: Wizards of the Coast provided Nerds on Earth with a review copy of Mordenkainen’s Tome of Foes for review.]