Shared interests are great. NEW interests might be even better!

I once had a friend compare people to asteroids.  He explained that asteroids often bump into one another and when that occurs, one or more of the following changes are made to both entities:

Okay, I might have added the Space Force bit to my friend’s analogy.

I’ve written before about positive interactions between nerds, and I’d like to take that idea one step further with two words:

It is no accident that we here at NoE always end our interviews with the question, “What else are you nerding out on right now?”  That is a fruitful question.  Or at least it has great potential to be so.  Your current obsession might be something wholly off my radar but entirely and absolutely deserving of my attention.  And there might be something in my answer that proves the same for you. 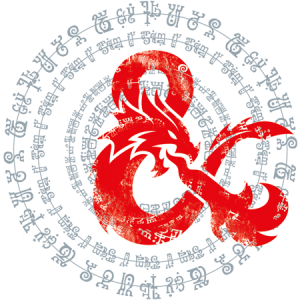 When we come alongside one another over existing or shared interests, that is undoubtedly additive as well.  We might sit down to 5e only to discover through “What Else?” that we also have a shared interest in James S. A. Corey’s The Expanse series of novels and the TV show and have something else to talk about.

But when new ideas, interests, and pursuits are exchanged, that additive potential grows.  And that potential is nearly exponential – if not limitless.  Because for every new interest that sticks, for every new pursuit you discover, you then become a potential transmitter of that interest.  Its like a nerd lineage.

While not every interest that comes up as a result of the “What Else?” question will stick, I’d argue that if even one does, the question proved valuable to you and then, later, to anyone you bump into that benefits from it as well.

Up to this point, we’ve talked primarily about asking the “What Else?” question, but now I want to talk about the importance of answering it.  When we answer the question, we become commercials, advertisements.

Companies pay big money to advertise, and when they do they’re throwing their products at the wall and seeing what sticks.  I mean, there’s certainly research that goes into the medium, location, and even time slot of these ads, but the principle is the same:  We need to get our stuff in front of people’s faces because they might not otherwise discover our product. 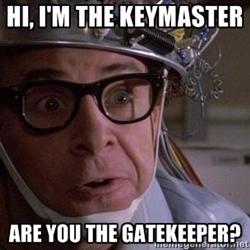 Be that point of discovery for others.  You have opinions about what is good; great, even!  Essential, unmissable, required!  It doesn’t matter how niche or quirky your interest is; the point of answering the “What Else?” question (like commercials) is not 100% success.  Its about gateways.  You can open them, or you can keep them undiscovered.

And don’t forget that you can answer the “What Else?” question without ever having been asked the question.  That’s right, you can be the one who takes the initiative to open those doors regardless of the situation.  It does get significantly more wordy, though, as the phrase literally doubles in size to “Have you heard about _____________?”  I know, I know.  Now I’m asking too much of you.  Two words you could handle, but four…NAY…at least five because I have to fill in the blank?!  Preposterous!

But remember the potential we’re talking about here!  At worst its a nothing gained, nothing lost situation…but at its best you’re adding to someone’s life in a positive way.  Gather up the requisite 5 Seconds of Courage, ask or answer the “What Else?” question, and proliferate the elements of our beautiful and varied nerd culture that you love.

Looking for some affordable unpainted miniatures? Here’s a look at the WizKids line!