It’s time to review this week’s Marvel’s Agents of Shield Episode: The Things We Bury. After last week’s Agents of SHIELD, which cleared the deck of dangling plots, are we ready to see what our illustrious agents have in store next? 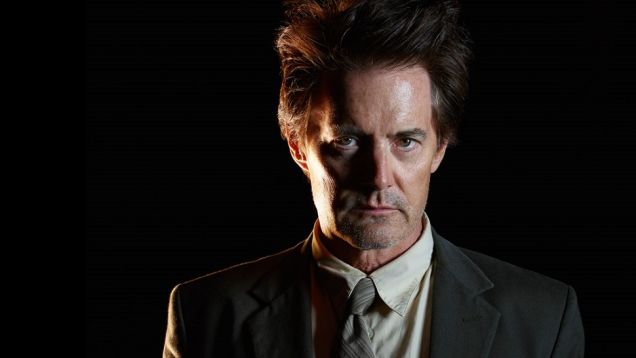 This week’s Agents of SHIELD opens in a flashback in Austria in 1945.  The villian of the season – Dr. Whitehall – is there in his nazi grab forcing a man to touch the Obelisk, and watching him die.  But then a new person comes and the young woman touches it and has no problems.  They are just about to take her away for testing as to why when they get word of the Red Skull’s defeat.

In present time, we see Dr. Whitehall again but this time in a meeting with Skye’s dad.  He talks about how only a few can touch the object, and that it isn’t a weapon but rather a key to the recently revealed city that can only be touched by those who are worthy.  But if you can take it to the city, great things can happen.

Meanwhile, May is holding down the base as Coulson has taken some of the team on the cloaked plane to Hawaii.  After some banter about how Senator Christian Ward doesn’t want SHIELD chasing his fugitive brother, it is revealed that they think the key to defeating Hydra is by getting to the city first and waiting for them when Hydra finally decides to show up.

At the base, Agent Morse is interrogating the recent “gift” from Ward, Dr. Whitehall’s right hand man.  She is slowly breaking him down and getting the information she needs.  As she works, Mac and Hunter discuss how Mac is more than a little freaked out about how crazy Coulson got last episode during his tantrum and hunt for the truth.  Simmons interrupts them but they turn back to Morse who is getting more information from their captive, especially as she comes out to process the information with the others.  She deduces that the captive may not have alway followed Whitehall, who has been identified as a disciple of the Red Skull.  But conveniently, their current base has tons of old records about the World War II era and following just hanging around!

Senator Ward, in an effort to remind us all that he is indeed a bad man, is on the phone scheduling a rendezvous with the woman he is having an affair with when his little brother takes out his security detail and drags his big brother out of the car.

Coulson is giving specific directions and deliveries for Triplett and Skye.  When Fitz questions him, Coulson gives him a time specific task to work on, saying that it will be vital to what comes next and that Fitz is the only one who can do it.

Agent Morse is continuing to break down what she is learning from the captive with her ex-husband, Hunter, while Simmons discovers that the founder of Shield, Agent Peggy Carter was herself also British, and responsible for files at their current base.  In the files, they find mention of the Obelisk, as well as other artifacts.

Flashback to 1945 again and Agent Peggy Carter interrogating the capture Dr. Whitehall.  She promises that he will never see the light of day again, especially with her having seen the videos and pictures he made of his “experiments.”  Whitehall then talks about how the object is part of a “star” that fell from heaven along with blue angels.

In the modern time, Skye’s dad is sharing that what Whitehall heard translated as “conquer” really should have been heard as “end.”  He thinks that the blue angels were coming to change the world, giving a few precious people the ability to survive what comes next. And so Skye’s dad doesn’t want power but rather revenge and to be reunited with his family….in the afterlife. 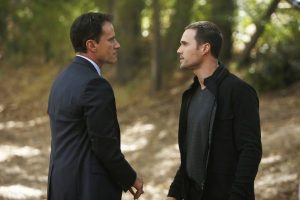 Ward is now walking his senator older brother through the woods and they talk about their past.  Both were victims of their abusive parents and the Senator tries to convince Ward that he had worked to gain Ward his freedom.  Ward stands strong, even fully admitting his own responsibility for everything he has done.  And then he wants to talk about what we learned of in season one: the Well.

Fitz is working hard at his task and he is getting a pep talk from Triplett and Skye when they learn that they are headed to Australia.  The Hawaii gifts trigger a computer shutdown at a heavily guarded facility, turning on computers at a less guarded facility in the Australian Outback that they are going to raid, hoping to gain control of a satellite network that should help them map the earth and find the city.

Simmons then discovers Whitehall’s secret, that he really is the agent from World War II.  We then get a time lapse of him aging dramatically in a cell until he is suddenly released 44 years later, presumably as Hydra gained more traction in the government and Shield.  When he returned to Austria, they managed to find the woman who could touch the object, strangely looking the same age as she had before.  He promises to do experiments on her until he finds the cure.

Using the proof of Whitehall’s age in a file, Agent Morse is giving the captive some serious interrogation breakdown, when he turns on her, saying her friends would never let her be with them if they knew what she had to do in order to join Hydra.  Then he slams his own head into the steel table, popping a cyanide capsule that was embedded in his jaw.

Meanwhile, the Senator is digging up the Well, eventually admitting to Ward that he had forced him to harm their brother Thomas, because Thomas had not been subject to the same abuse that the two of them had. The Senator apologizes and then he and Ward walk off, saying that it is time to go home.

When Coulson and team storm the Australian facility, they run into Hydra.  In the ensuing shootout, as Fitz is making the machine work, which will enable Skye to capture the satellites. Triplett gets hit.  He is saved by a doctor from the facility, who turns out to be Skye’s dad.  Only he slips up and calls Coulson by name.  He then admits that he has sabotaged Triplett, forcing Coulson to stay there and save Triplett when he runs away.  In the discussion, we learn that Hydra has been put on to the city by Skye’s dad, that there is something in the Obelisk that certain people can release.  In the midst of that, Fitz managed to do his job, giving Skye what she needed.  Coulson and Fitz are able to save Triplett while Skye’s dad has run off.

In 1980s Austria, we see Whitehall run gruesome experiments that end with him gaining the young woman’s agelessness because he “took all the parts that he could.”  Which leads to the modern era with Ward talking to Whitehall about working for him, as a news report reveals that Senator Ward and his parents are dead in a fire, seemingly by the Senator’s hand.

We learn that the cyanide didn’t work and Morse and Hunter argue and then eventually get to what we all knew was coming: making out in the back of the SUV on the plane. 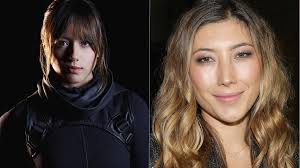 As the satellites are searching the Earth, they make a match, right as Skye asks what happened and Coulson is about to tell her about her dad.  Dad is then shown with Whitehall talking before the final flashback shows Skye’s Dad discovering the body of the young woman who had been tortured and killed for Whitehall’s agelessness.

It is very clear that he has revenge in store for Whitehall for killing Skye’s mom!

Some things I am thinking:

This Earth Nerd Picks His 5 Best Board Games of 2014