Comic Characters You Should Know: Quake

I really like the Marvel character Daisy Johnson and I’m going to tell you why. But first, some backstory.

We all knew that Nick Fury is a grizzled son of a gun with plans within plans. But even devout Marvel fans may have missed Secret War, the 5 issue mini series that introduced Quake, Fury’s proverbial ace up his sleeve.

When Skrulls covertly infiltrated Marvel’s super hero community with their shape shifting shenanigans, Fury knew he needed to collect some firepower that was off the grid and beyond the Skrull’s reach. This list of potential superhero talent was the Caterpillar Files, which included Daisy Johnson.

At age 17 Daisy was found to have an extremely high IQ, yet was failing out of school and had been arrested for shop lifting. Her lack of discipline and direction was hardly unexpected considering Daisy had been given up for adoption after being the illegitimate daughter of the brilliantly psychopathic Mr. Hyde and his regular prostitute companion, Laura Johnson.

After her powers manifested, Nick Fury took Daisy under his wing, seeing her as a daughter figure. Fury had such incredible trust in both Daisy’s power and leadership potential that at age 18 she was granted Level 10 SHIELD security clearance, something only he and Black Widow had. 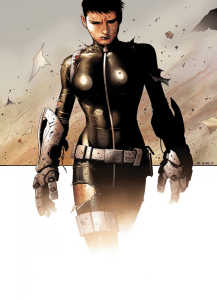 With Daisy Johnson’s powers being seismic in nature, she took the code name Quake.

Quake generates the shakes, powerful vibrations which can produce effects resembling something large like an earthquakes or something smaller and more targeted. She’s also a SHIELD Agent, son, so she’s a killer hand-to-hand combatant and excellent marksman.

Under Fury’s training, Quake learned superb control of her powers and comic fans got to see those powers displayed in a broad way. At points we’ve seen her target her seismic waves with pinpoint accuracy, causing objects to vibrate themselves apart from the inside out. In one great scene we saw Quake explode the heart of Wolverine, shaking it while in his chest. At another time we saw Quake respond to Fury’s orders to “bring it down” and she subsequently unleashed a massive leveling earthquake. 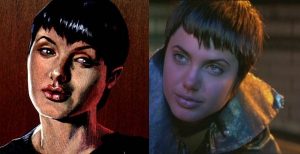 Let’s get back to Secret War and Secret Invasion. In the 5 issue Secret War mini-series we get a great look at Quake powers, while this first appearance also established her look. Brilliant artist Gabriele Dell’Otto based the look of Daisy after Angelina Jolie’s appearance in the movie Hackers.

Both the Secret War and Secret Invasion limited series (both included in the Marvel Unlimited digital app) are the best look at Quake’s origin and powers. It’s there where she is introduced as Nick Fury’s sidekick. 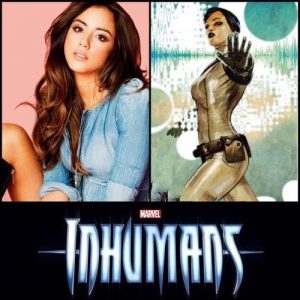 If you have been keeping up with ABC’s television series Agents of SHIELD, then you’ll know that there was a big Daisy Johnson reveal in season 2.

But form there, the TV ventures off into some interesting directions. Instead of Daisy’s powers being the result of Mr. Hyde’s genetic experimentations, it is confirmed that her powers are because she is, in fact, an Inhuman. Things are getting good, folks!

Daisy Johnson is a Marvel character that is too overlooked. While the television series will now certainly raise her profile, there are already some great comic reads for Quake. Give them a look.

Who Were Nick Fury’s Secret Warriors?