What Does the New Destiny DLC: House of Wolves Offer?

Nowadays the disk on which the game you buy comes does not necessarily contain all that game will ever be.  There was a time when credits would roll (and curse those developers who make them unskippable!) and that was that.

You might have a bit of replay value remaining thanks to variations afforded by mechanics such as difficulty levels and character classes.  Or you might be an achievement miner or just flat out love the game so much you’ll replay it again immediately or save it for later.  But eventually you’d come to find the game collecting dust and decide to trade it in at your local Gamestop for a few bucks; declaring once and for all that the $6 you got on your trade in is more value than the game has for you anymore.

But with the introduction of DLC (downloadable content), a single game’s content can grow considerably over a much longer period of time – keeping the game new enough to hold your interest for a year or more past the original launch date…for a price.  But not all DLC is created equal. 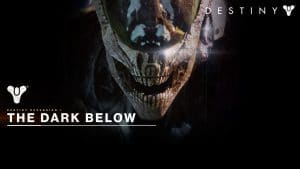 Recently Destiny developers announced its second DLC: House of Wolves.  And it promises a ton.  When I first heard of the upcoming release, I rolled my eyes and figured I’d save myself the $20.  After all, Destiny’s last DLC offering, The Dark Below, wasn’t all that great.

Some new gear and weapons, a new raid, a few more story missions albeit set in well-tread locales, a new NPC vendor that offers daily bounties (and repetitive ones at that…O, the number of Blades of Crota I’ve killed outnumber the grains of sand to be found on the earth), and a way to level exotic gear.  Sounds great, but all it really gave was a couple of hours of new content followed quickly by more of the same grind.  I haven’t played anything truly new or significantly different in the game since a few days after The Dark Below’s launch.

But House of Wolves promises much more, and more importantly: even the new weapons, gear, and missions come with significant upgrades to the old ways.

[divider]What Does the New Destiny DLC House of Wolves Offer?[/divider]

New weapons and gear.  “So what?  It has been done.”  Not like this!  Along with the provision of new stuff comes new ways to enhance them.  Most notably in my opinion are:

The second bit is a particularly great update.  If you don’t like the perks of your current armor or weaponry, pay a fee to randomly generate some new options.

New story missions and a strike.  Ho-hum except for the fact that they are revamping the Weekly Heroic and Nightfall offerings so the two are never the same mission.  The new story missions are also set in The Reef – a location we had previously visited for nothing more than a quick cutscene.  I still think there is way too much repetition in this area, but this is a start.

New PvE offering.  One of the most satisfying and fun modes my online gaming friends and I have spent hours enjoying together in the past was Gears of War‘s Horde Mode, and now Destiny is getting the same.  Prison of Elders, as it is called, will pit fire teams of three against three waves from each of the Darkness races (Cabal, Fallen, Hive, and Vex) and culminates with a final boss.  And of course worthy loot will serve as ample reward.

New PvP offering and Crucible update.  I’m admittedly not terribly big on PvP, but House of Wolves will make it more lucrative to visit the Crucible and this update is available even to those who forego buying the expansion which is kinda sweet.  But with the purchase of the expansion you’ll get:

VG247.com says this about the Trials:

It is not for beginners.  If this sounds grim to you, go do something else. Casual players, defined here as “anybody not howling for the win with every breath”, are not welcome, or catered to, here. Please enjoy literally anything else the game has to offer. 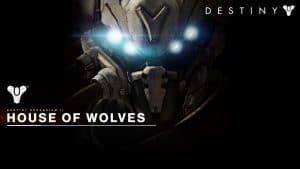 House of Wolves promises to do what all DLC should do: Expand the game significantly; a mark not all DLC obtains.  And it ought to with the $19.99 ticket price – that’s nearly 1/3 of the sticker price of the original game.  We’re getting from House of Wolves what one might have expected (back in the days before DLC) to receive only with a $60 sequel.

House of Wolves is available for purchase and download today.

I might have to dust off my Destiny disc after all.

PS: VG247.com has a fantastic overview of the House of Wolves expansion here.  It is extremely informative and covers the whole shebang, so if my teasers still have you on the fence, give it a read!

Agents of SHIELD Season 3 Predictions: Who are the Caterpillars?

Agents of SHIELD Season 3 Predictions: Where does SHIELD go from Here?