Last week I shared a nerdy Top 7 List of Things For Which I’m Thankful . But not all is bright and shiny in nerd culture. There are some dark corners and frustrating lapses that need to be addressed. So today I ascend my soapbox and cry foul!  Here are seven problems in nerd culture. 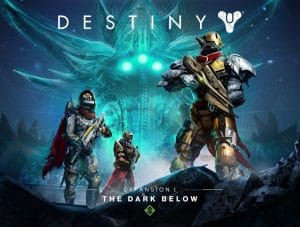 My gaming buddies and I were all about Destiny when it dropped. The first DLC was…lackluster. The second one, House of Wolves, revived the game for us. We dusted our discs off and resumed the fight against the Vex, the Fallen, the Cabal, and the Hive.

But the most recent one, The Taken King, literally crippled the game. And the developers have the audacity to charge you an additional $40 (as opposed to the usual $20) for you to get back certain elements of the game that were available from day one. That’s asinine and I won’t have it.

Do the math:  $60 game + two $20 DLCs + one $40 DLC = $140. That is more than the release price of two brand new games (assuming you did not buy the season pass). Destiny just doesn’t have two games worth of content to it even with the DLC. Period. The Taken King is DLC done wrong.

2.  Lack of spoiler etiquette on social media.
I think this problem applies to both the spoilers and the spoiled.  I’ll take them in turn.

To those of you who post what you know to be spoilery material without the bumper SPOILER: Take the two seconds required to type out those seven letters at the beginning of said posts. Two seconds is all it takes for you operate above reproach. Small price to pay.

To those of you who wish to avoid spoilers: Consider actually avoiding spoilers. You honestly can’t get upset when one or some of your hundreds of followers or friends has poor spoiler etiquette and ruins something for you if you can’t avoid scrolling through your homepage or feed long enough to watch the thing for yourself. You send out updates about trivial matters like what you had for breakfast…and yet you expect people not to talk about the more savory elements of your favorite TV show? Come on…

3.  Whiny Nerds Part 1: The Unappreciative.
Nerds…Take a quick inventory of mainstream media. Nerdy stuff is on the rise! To borrow a quote from Clave who mocked in jest: “We have zombies on TV, superheroes in movies, a new Star Wars, and games that look like movies….and I’m not happy!”

Classic case of not seeing the forest because of all the trees. Stuff only talked about in the musty backrooms of comic shops is now blowing up box offices. Services like Youtube and Twitch play host to more nerdy content than we’ll ever have time for. Rejoice, people!

Is it perfect? Of course not. But is it more than ever? Absolutely. And I’m not necessarily arguing that quantity > quality because a lot of what’s out there is extremely good and you know it. And what’s more: People that don’t identify as nerds know it too. Therein lies the glory of it all.

Guys and gals, your childhood is under absolutely no threat from the present. I said it particularly well in a previous post, so I’m just going to paste the thought in here again:

Many of the torch-toting naysayers were a part of that [target] market once upon a time, but have to come to grips with the fact that they’re no longer the audience being catered to when it comes to their own childhood heroes.

I am one of them; particularly with the [Ninja] Turtles. Yes, I’ve seen friends bemoan the “deaths” of their childhood franchises – GI Joe and Transformers included – but we ought to be careful to keep from allowing our nostalgia to preclude others from discovering their own childhood heroes. My negative cries about a time gone by may dissuade someone from knowing the Turtles at all.

I’m not saying don’t have an opinion. I’m just suggesting that we be careful to grow the fan-bases we care about instead of hinder them. I’ve found that I care a whole lot less about who knows my Ninja Turtles and a whole lot more that I can talk about Casey Jones with someone who wasn’t even born when I first met him.

Clave also wrote a rather brilliant piece on the role of nostalgia in modern nerd culture which you can read here.  tl;dr – Love what you’ve always loved, but learn to co-habitate and even appreciate new things.

(And yes, I realize the irony in whining about whiny nerds.)

5.  Even more Pokémon.
I played Pokémon when it first dropped in 1998. Back when there were 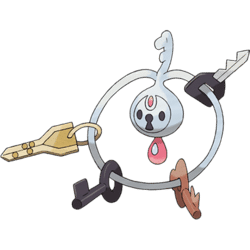 I realize I’m late with this, but I had no idea. I was trying to explain this to a friend of mine the other day who is around my age and his response was an adamant and repeated, “No, there are only 151!”

And the odds that it caps at the current 721 are miniscule. Subsequently, ideas are lacking in creativity at this point. Now you get a couple of cool Pokémon reminiscent of the good ole days, and a hundred that are more like objects you’d find in your pocket right now. Go on and see for yourself. And if all you come up with is lint, you might expect a Pokémon to cover that base in the next generation at the current rate.

6.  The lack of a solid digital D&D platform.
I understand that Wizards of the Coast might be adamant protectors of the face-to-face play of D&D. Heck, I even agree that that is the lifeblood of a game like D&D.

But I can’t realistically have that experience with everyone I’d like to adventure with on a regular basis. I’d be willing to sacrifice a bit of that magic in order to champion the realms with friends from out of state.  And I get that it would still be a very tricky thing to pull off.  But I want it and it does strike me as more than a little crazy that in our digital age this has gone without a solid remedy.  And it could be as easy as giving roll20.net some licensing privileges.

7.  No Marvel Unlimited equivalent for other great publishers. 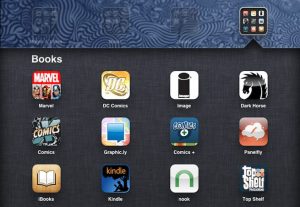 We love the Marvel Unlimited app here on Nerds on Earth.  And while most of us are honest about our lack of love for most things DC, we do love Vertigo (affiliated with DC), IDW, Image, Dark Horse, and other smaller publishers that are putting out some fantastic stuff.

We want a Marvel Unlimited equivalent from these guys!

The closest we have right now is Comixology which still runs on an issue-by-issue pricing system. Yeah, you own comics purchased through Comixology, but that is the requirement, not the option as it is in the MU app. Can we haz more digital comics, plz?

Alright. I’m turning my megaphone off and descending from my soapbox now. What do you see are the problems in nerd culture? Tell us in the comments!

[Lest you think I am a negative nelly, here is my list of 7 Things I Love About Nerd Culture!]

Recap and Review of Agents of SHIELD Episode 307: Chaos Theory