For an assassin that relies on stealth and the ability to disappear in a puff of smoke, ninjas sure are everywhere. Ninjas have long ago invaded nerd culture. They’re in movies, they’re in comics. We talk about their weapons and marvel at their skill sets. There is one in the shape of a mug that is sitting on my desk right now.

Did you know that James Bond is largely responsible for bringing ninjas to the West? It was in his 1964 James Bond novel You Only Live Twice that Ian Fleming is credited with one of the first western uses of the word “ninja.” In that book Bond uses ninjutsu spy techniques to take on elite Japanese ninjas. By the end of the novel Bond has lost his memory and believes he’s Japanese, because I don’t know why. 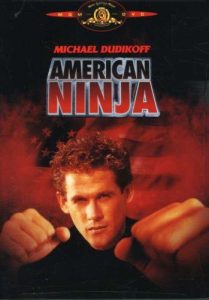 But the western imagination just couldn’t quit those ninjas, especially in America. Fast forward to the 80s, and Americans were fixin’ to take their ninja fascination pro. In fact, the 1981 film Enter the Ninja signaled the ninja’s coming into the decade. Enter the Ninja was a movie so bad, it was glorious, and it’s a must-watch for ninja nerds everywhere.  Then, the 1985 film American Ninja kept a trend alive that ultimately took us to ninjas in Beverly Hills, 3 kid ninjas, and dozens and dozens more.

The ’80s was also the decade when the ninja infiltrated the homes of kids. The GI Joe character Snake Eyes was originally just a commando that was quickly given a backstory as a ninja when Hasbro realized that this would increase action figure sales by a million percent. Batman’s lost origin came to include ninja training. Wolverine’s story took him from Canada to Japan. As did Psylocke’s. Ninja video games popped up. Then there were the Teenage Mutant Ninja Turtles, who ate a lot of pizza in between their ninja training.

But enough of this history, what are ninjas up to now? Well, all you need to know is that ninjas are totally being merciful to us by simply not killing us where we stand. Ninjas (like Chuck Norris) are so lethal that they have to try real hard not to kill you. If you think about it that way, ninjas are really kind, which brings us to our next headline divider…

Ninjas as a Meme

These days, most people who say they love ninjas are just skinny-jean-wearing posers, actually making fun of them with their snarky comments. Despite their pop culture popularity, we just don’t respect a ninja brother like we should.

Just Ask a Ninja and they’ll confirm that they are mainly memes these days.  Programmers are sometimes called “code ninjas”; online marketers might refer to themselves as “social media ninjas.” Historical Japanese mercenaries has become a term that Americans use to describe everything, simply meaning you are skilled (and probably sneaky fast).

But as Whitney Huston taught us, children are our future. The Cartoon Network has a show – Naruto – that is among its highest rated shows and it is a Japanese series about a young ninja in training. The Naruto manga is concisely among best sellers as well. Lego has the great Ninjago line that has an associated cartoon (that my 6-year-old loves, btw). The scuttlebutt points to the fantastic Daredevil having ninjas sneak up in season 2. All those are examples that ninja love is alive and well, and this nerd certainly hopes it doesn’t go anywhere.

So, despite all the insincere ninja worship and the ridiculous memes, real ninjas have stealthily continue to slip into the nerd consciousness. And that’s about the most ninja thing ever.

Why Doesn’t Lego Ninjago Get the Love it Deserves?