But Phantom Menace was meant for the children you might say! Well, don’t even get me started on how unpopular Phantom Menace is with infants. I put the Phantom Menace DVD down in front of one and she immediately put it in her mouth and tried to eat it. That’s how much infants hate that movie.

Yet, alas, The Phantom Menace does exist.

If only we could skip it.

Wait, could we just skip it? I mean, honestly, could we? Let’s think this through…

Can we just skip The Phantom Menace? 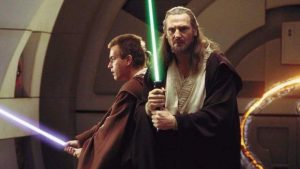 Episodes II and III aren’t exactly Chris Hemsworth, but standing next to the Chris Farley that is Episode I, they sure look much more attractive. At least, Episode III does anyway.

Episode I is a failure on every possible level.  The acting, dialogue, characters, and special effects are all atrocious, and the movie is just plain boring.

Luckily, George Lucas has done the galaxy a favor by making the actual content of the movie completely irrelevant to the rest of the Star Wars series! Seriously, brainstorm it out for a minute. Name as many things as you can that happen in Episode I that actually meaningfully help flesh out the story of Star Wars in any subsequent episode.

Actually, I’ll save you the trouble of brainstorming and outline the reasons why skipping Phantom Menace actually makes the rest of the movies better. 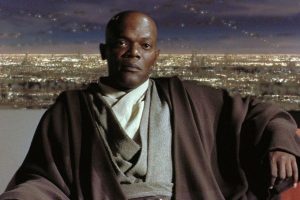 1. CHARACTERS: All the main characters from the Phantom Menace are killed before the movie ends or better established in later movies. Let’s go through them one-by-one: 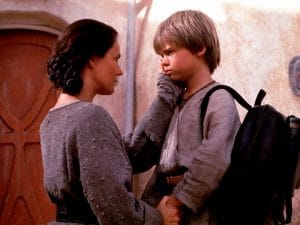 In Episode II, Obi-Wan never really seems to have any control over Anakin, caught between treating him as a friend and as an apprentice. In Episode II, Anakin is never a child yelling “yippee.” Instead, he’s a complex teenager and his anger bleeds through in almost every scene. It makes much more sense for the story to have Anakin have always been this way.

In Episode II, Padme refers to Anakin as “that little boy I knew on Tatooine“, yet the two of them look about the same age in Episode II, so a viewer can naturally conclude that the two of them were friends as children. This helps hide the creepy age gap between Anakin and Padme from Episode I, which gives much more believability to the subsequent romance between the two.

Sure, it’s understandable that George wanted to introduce a sympathetic, innocent kid but it was unnecessary and created a jarring character in fact.

Plus, if we skip Episode I and start at Episode II, the scenes in which they fall for each other would build on a childhood friendship that is suggested, but never seen by viewers. That’s OK because after viewing Phantom Menace it is difficult to picture the two of romantically, but since their relationship is the eventual reason for Anakin’s fall to the dark side, having it be somewhat believable makes a big difference. It was creepy; cut it out.

3. CHARACTER AND STORY PARALLELS: There is another good reason to skip young Anakin. In Episode II he’s about the same age the first time we see him as Luke was in Episode VI. Hayden Christensen’s frustrating whining in Episode II is actually less annoying now, because that whining helps link the character to Luke, who was just as whiny in Episode IV.

In other words, because we skipped Phantom Menace, the parallels between Luke and Anakin are much stronger. We’ve seen Obi-Wan train just Anakin and Luke, and were never sidetracked by seeing anyone training Obi-Wan himself, so the viewer is naturally linking the paths of Anakin and Luke at this point.

4. MISCELLANY: Here is some more stuff that you no longer have to see as part of your Star Wars viewing experience, thanks to skipping Phantom Menace: 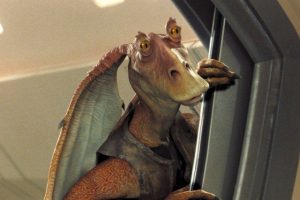 So think about it. Really, does Star Wars even need Phantom Menace? And would the overall story be served better by simply skipping it? To be clear, I’m not suggesting new viewers should skip Phantom Menace because it is a bad movie (although it is; heavy-handed CGI and all), its suggested new viewers should skip it because doing so actually improves the viewing of the overall story.

Introduced here as “Machete Order, then deepened here and many places elsewhere, it really does tighten the arc of the story to skip Episode 1.

Us nerds have a hard time not being completionists, but in this instance it is best we think of the children. We’ve already established that infants hate Phantom Menace, but if there are young kids out there who haven’t seen any Star Wars movies, don’t we owe it to them to skip Phantom Menace and have them never ever watch it?

I realize what I’m sharing isn’t deep analysis, and I’m writing this with crayons stuffed into my mouth and pencils up my nose. Indeed, skipping Phantom Menace is nothing deeper than skipping over superfluous characters, confusing storylines, and foolish plot points. It’s simple really.

But sometimes the best advice is simple and my simple advice is that you skip Phantom Menace.

StageCraft: The New Production Technique Behind The Mandalorian and More

Not Just The Mandalorian: Discussing the Upcoming Star Wars Content Coming to Disney+