I own the X-men trilogy that started in 2000. Why? I found them cheap on eBay, I think. I have watched all the other movies, Wolverine (Origins), First Class, and Days of Futures Past and well, they suck.

I didn’t use to think they sucked until all the Marvel Avenger-related films came out, but I never really liked them all that much either way. The primary reason being that these movies focused TOO much on Wolverine, yet totally brushed over a lot of other terrific X-Men!  As proof, here is my list of 7 X-men totally brushed over in the movies. 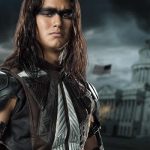 Warpath
One of the most fierce X-men of all time, Warpath only makes an brief appearance in Days of Futures Past, becoming an afterthought of a character in the midst of a hard to follow battle against Sentinels.

Perhaps he was not featured because he is rather similar to Wolverine, a hack and slash type of warrior. IMHO (In my humble opinion—for our parents reading right now), these movies could have used more Warpath and less Wolverine. 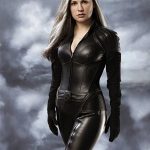 Rogue/Jubilee
If you grew up watching X-men on Saturday mornings like me, you realize that the movies liked the Jubilee storyline and apparently hated the amazing Rogue character.  So there solution was to composite these into box office nonsense. 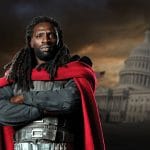 Bishop
Another one time appearance guy, Bishop is part of the battle going on in the present—or future—in Days of Future Past. You really have no idea who Bishop is as an individual and that stinks, because he is awesome. He is another one of the great anti-heroes in Marvel lore.

Bishop’s power is very similar to Sebastian Shaw, who didn’t make this list but clearly could have. If you recall in X-men first class, Kevin Bacon’s character would absorb energy and then could use it as a charge of his own.  Bishop does the same, but with a lot cooler outfit.

Sunspot
This list probably could have just been 7 character ruined by Days of Futures Past but I’ll just use one more one time movie appearance X-man.  Sunspot is a great X-men and like Warpath served also as a member of the X-force.

Anyway, Sunspot’s power is similar to Bishop, though he can only absorb and use solar power, which means his codename is a little on the nose. Still, Sunspot is still a way better character than the movie showed. 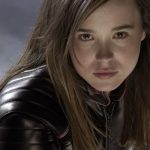 Shadowcat/Kitty Pryde
Kitty Pryde is and always will be Shadowcat to me. And while I like Ellen Page as an actress and think she was well cast for Shadowcat, what a waste…What. A. Waste!

Kitty Pryde has limited lines in any movies she has appeared in and her ability to “phase” is barely even utilized and she is instead used to send people through time (or something).  If I could go back an do all these movies over I would have put the Kitty Pryde character in the Rogue/Jubilee role and actually followed her as the main character while she matured into a leading lady, you know, like in the comics.

Also, I don’t even want to talk about Shadowcat without Lockheed. 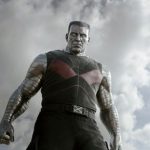 Colossus
Every team needs a hammer, and there is no better hammer than a 6’ 7” metallic hammer. Well, unless it is Thor’s Mjolnir. Who was I talking about?

Colossus is like the opposite of Shadowcat: His powers cause him to grow stronger and more dense so he can crush and protect as needed. Speaking of Shadowcat, Colossus and Shadowcat were originally a romantic item, but that never made it into the movies.

Honestly, Colossus never made it much into the movies. I feel like he only has 2 minutes of screen time total.  Thanks for nothing. 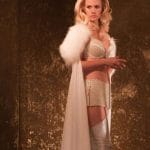 Emma Frost
Lastly, we have Jean Grey 2.0: Emma Frost. Not to be confused with Emma Swann.

Emma Frost is a telepath who can turn her skin into diamonds. January Jones is wasted on this X-men brush over character. Though Frost is a main villain in First Class they never delve into what makes her so great. She is a female anti-hero much like Phoenix.

She originally starts out as a villainess and then is brought on the X-men later on. She is at times easy to get to fall into line (if your name is Cyclops), though she is hard to harness for long periods of time. She could probably be the main stay of her own trilogy.

Well there you have it, my list of 7 X-men the movies overlooked. Thanks a lot, Fox. Your next movie title can be: Another Shirtless Hugh Jackman Flick With a Bunch of Other Characters You Won’t Recognize.