I caught G.I. Joe Retaliation the other night, right at the perfect scene that wouldn’t allow me to turn the channel right away—you know, the fight between all the ninjas!  Totally worth it!

Now, I’m not going to say that ninja fight scene total redeems the movie, because, well, that’s nearly impossible, which is sad because the movie has Bruce Willis, The Rock, Adrianne Palicki, and a serious amount of Ninja action!

They even killed off Channing Tatum in the first ten minutes, which counts for a lot!  Alas, the movie was just not good and even an epic–though at times utterly ridiculous–ninja fight scene could not redeem it.

7. Transformers 2 – First off, I have no idea why they keep making Transformers movies. Wait, yes I do, because for some reason, people keep going.

I didn’t completely hate the first one, but it was all downhill after that. However, in the second Transformers offering we have—in my opinion—the best fight scene in the whole movie franchise: the scene in the forest in which Optimus Prime shreds through a half dozen Decepticons, until he eventually meets his own demise.

They of course resurrect him (you don’t even have to wait for the third movie for that) and the fight scene is absolutely worth the 45 minutes that came before it. As for the next 45 minutes or so….

6. Star Wars: Episode 1: Phantom Menace – Ok, so at the sake of losing my Nerd card, I know that Episode 1 has basically been stricken from the Star Wars conversation.  However, the scene where Qui Gon Jinn and Obi-wan Kenobi fight Darth Maul is worth watching.

The scene has no midichlorians, no ‘yippies’, no trade talk, and only one survivor.  Well, until an Expanded Universe resurrection, of course.

5. Snowpiercer – So I know I am going to take huge flack from the rest of the Nerds over this one as they all LOVED snow piercer. Well, I didn’t! I liked very little about it in fact.

One of the things I did like was the huge melee in the dark. It was a complete bloodbath that didn’t seem too gory because it was mostly in infrared sight.  When the lights come back on you are left with a pretty bad mess and a pretty good brawl scene. 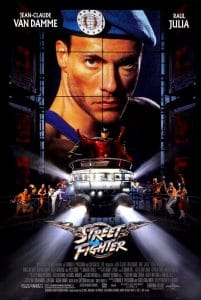 4. Streetfighter – This movie is so bad it is comical. With the exception of the late, great Raul Julia, this movie was so poorly acted it could have been a Bruce Campbell movie. However, there are a few good fight scenes, and one epic one.

We have the “Muscles from Brussels” Jean Claude Van Dam, as Guile, (yes a man with a THICK Belgium Accent playing one of the greatest American video game characters of all time) fighting M. Bison. Bison is as maniacal as they come and this fight is as over the top as any fight has even been!

At one point in the fight, Guile hits Bison and flexes his bicep to show off his American Flag tattoo.  #Priceless

3. Jurassic World – I think perhaps I over-hyped this movie for myself. I loved the original Jurassic Park movie (I was nine when it was in theaters) and I LOVE Chris Pratt! So this movie fell short of my lofty expectations.

However, the end fight sequence between Indominus Rex and good old T-Rex was worth the whole 2 hours and 20 minutes. You also had velociraptors changing their allegiances, and the mosasaurus jump out of its tank to snatch the indominus rex and end the battle. What more could you ask for?

2. Matrix Reloaded – The first Matrix movie is perhaps one of my all-time favorite films because it combined great old philosophical works of guys like Nietzche with science fiction. The rest of the movies? Not so great.

But it was the second film that brought us a fully aware Neo who battles an army of Agent Smiths!  Neo shows the full extent of his matrix awareness and we see the farewell to a good plot line and say ‘hello’ to more action scenes! 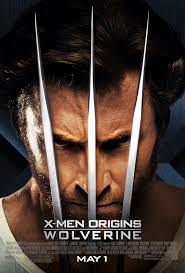 1. X-Men Origins: Wolverine – This movie was the beginning of the end for cinematic Wolverine. The origins movie didn’t just stop at slowly killing his character though, it proceeded to take with it Gambit and Deadpool before they even got going. Thankfully we have the real Deadpool now!

The one thing with this movie was that it did give us a pretty awesome last fight scene (even if it was shrouded with the false Deadpool vs the movie namesake Wolverine and his Father/ half-brother idk whatever, enemy Sabertooth.  This fight brings a very confusing 2 hours to a crash end.

Well, there is my list of 7 epic fight scenes in really bad movies. What about you, do you have any fight scenes that almost redeemed terrible movies?