Nerds everywhere were hit with news like a sniper shot from Chewbacca’s bowcaster: the next Star Wars movie in the new trilogy has been delayed 6 months, from the early summer in 2017 until the December movie season in the same year.

At this moment in time, it seems like such a questionable move. Star Wars is peak everything right now and delaying the next key component feels like a misstep. (Yes, there will be a Rogue One movie between now and then but it isn’t building on the story of The Force Awakens film.)

Then, when it was announced what was taking its spot in the movie schedule, there was a collective gasp. Because no one wants another Pirates of the Caribbean movie. At least, not anyone that I know.

Hollywood has an issue that it needs to resolve and it is an issue that every intellectual property faces: what do you do when the well has run dry artistically but the franchise is still making money? The case can be made that such is the situation with the Pirates franchise.

Let’s start with the beginning of the whole Pirates of the Caribbean movie franchise: it began as a theme park ride at Disney that was then turned into a movie. There isn’t anything wrong in the source of the first script of the Pirates franchise. The larger issue is that after that beginning, how do you continue to grow and develop the story in a way that can justify 5 films over the course of 14 years. What do you do when your cash cow idea has run out? How do you maintain a series and intellectual property?

Hollywood has done some of these things to answer that question: 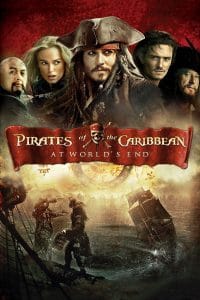 You have to go all the way down to the 18th movie, Straight Outta Compton, before you get to a unique Hollywood invested in property. The rest are all sequels, books made into films or long running franchises.

The well has run dry. And it is a mistake to keep pumping and churning away doing the same things the same ways because eventually the returns will be so diminished that it isn’t worth doing.

A solution isn’t easy. But it would a good step to make the decision to return to the way that the studios originally made movies: develop a superior group of in-house storytellers and let them create, develop and find new stories and movies to make. To rehash, retread and tell the same story over and over again may make money but it isn’t making art. Just look at the Rotten Tomato scores of the Pirates movies: after the first film was relatively well regarded, they just keep going down further and further. And movie audiences deserve more than that.

Personality Types: When You Resonate With A Comic Character