Nerd Culture Highlights for the Week of March 20, 2016

1.  The Daredevil Theme Song a cappella.

Daredevil season 2 dropped on Netflix, which was grand in and of itself. But the grandest thing was a group that sang the theme song a cappella. They sang the song from their mouths. Their mouths!

It’s grand. Check it out.

2.  The Backstreet Boys and N*Sync Team up in a New Movie to Fight Zombies.

In something I still can’t believe is real…seriously, is this real? Boy bands from the 90s are teaming up to battle zombies in an original SyFy movie. I mean, there is a trailer, but it’s possible we’re being trolled. 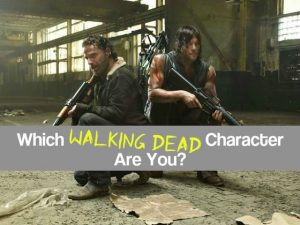 3.  Which Walking Dead Character are You?

Who doesn’t love a good quiz? And who isn’t curious about which Walking Dead character is there should mate?

Spoiler alert, I got Glenn, as did several others of the writers from Nerds on Earth. We’re quick and hide under dumpsters.

Click the link above and see which Walking Dead character you are. 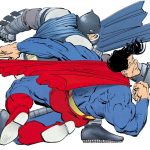 With Batman v Superman in theaters now, Vulture has a cover story that explores the history of both heroes, including how they were viewed in culture and the times when their relationship came to fisticuffs.

It’s a long, but thorough and interesting read that’s good for any comic book lore nerd.

5. A Dungeons and Dragons cartoon over-dubbed as if it’s an actual D&D play session.

This is as hilarious and amazing as it sounds. Some guy took the old D&D cartoon and added voice overs so it watches like folks playing through an actual D&D session.

This is what everything on the internet should be. Give it a watch:

Those are our 5 geek culture links for this week. Join us next Friday for another Friday 5. Until then, join us on Facebook or in the comments, string something from nerd culture we may have missed.