While we surely spend the bulk of our time in nerdy fare, the Nerds on Earth crew has varied backgrounds and interests, so our reading list might surprise you. Take a quick glance at our nightstands and you’ll see a mixture of sci-fi, fantasy, leadership, theology, and even some technical titles. So we wanted to take a moment to share what we’ve been reading lately, because it’s always helpful to get some reading recommendations for nerds.

What We’re Reading at Nerds on Earth: Reading Recommendations for Nerds 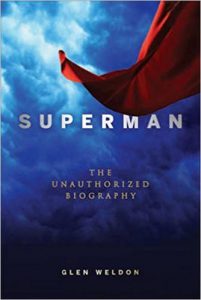 Michael Adkins I’m making my way through Glen Weldon’s ​Superman: The Unauthorized Biography. I’ve long followed Weldon on twitter, but never got around to reading this one. When the pre-sale for his newest book ​The Caped Crusade: Batman and the Rise of Nerd Culture went live, I figured I’d load my cart up with both.

Weldon does more than survey the Man of Steel’s history, he explores the Kryptonian’s impact and influence on the world. It’s proven a wildly interesting read as Weldon harps on the laudable and pokes fun of the laughable. Definitely a must read for any fan of the Big Blue Boy Scout. 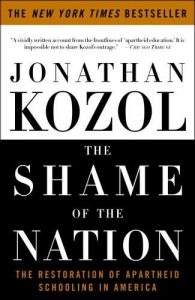 Ross Hardy Shame of the Nation, Jonathan Kozol. Not the traditional fare here at Nerds on Earth, but nothing’s nerdier than school.

Kozol investigates the disturbing trend of lower-income minority children being forced into substandard educations, which he calls “apartheid schooling.” It’s depressing, especially considering how much cultural value we place of desegregation and ​Brown v. Board of Education.

I think Kozol resorts to hyperbole in a few cases, but it’s still got a vital, angry energy. If you know a frustrated educator, you know how important a book like this is. 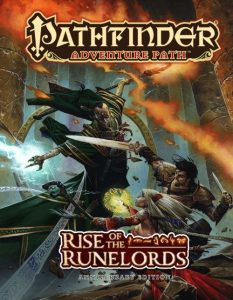 Clave Jones Pathfinder Adventure Path: Rise of the Runelords, Anniversary Edition​: I’ve mentioned before my tendency to read role playing game sourcebooks like novels, and I’m at it again.

Rise of the Runelords is an adventure for the Pathfinder RPG. Originally released as 6 floppy softcovers, the adventure proved so popular it was collected into a nice hardcover. The adventure starts in the coastal town of Sandpoint that is attacked by crazed goblins. Readers are then introduced to giants, taken through dungeons, and tasked to track down a cult of serial killers, all before they face off against a wizard in a mountain top citadel.

All that with a horror undertone is my kind of fun. 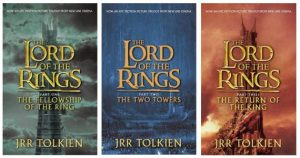 Joseph Robinson Currently on my nightstand: Lord of the Rings. Surely no nerd on earth needs to hear the “what” on this classic, so I’ll move on to the “why.” As in, “Why do I reread this book once a year or so?”

Like any truly great story, I discover new things about Lord of the Rings each time I dive back in. There’s always some aspect of a character, or meaningful bit of dialogue, or piece of symbolism that I had either forgotten or never noticed before. And every time I (re)discover one of those moments, I’m reminded all over again what it was like to experience that story, those characters, for the first time. Any book that can create that kind of experience over and over deserves to be read over and over. 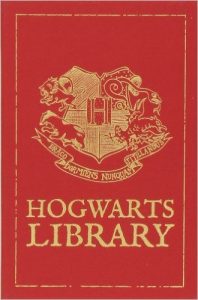 Nash Olan Currently on my night stand: the 3 pack of Fantastic Beasts and Where to Find Them, Quittich Through the Ages, and The Tales of Beetle the Bard.”  J.K. Rowlings put together these stories to appease fans who begged for more and they are nice short reads that can scratch Harry Potter fans where they itch!  Though, if you were going read “fantastic beasts and where to find them” for the primer before the movie hits theaters, you might be a bit disappointed.  The film is simply based around the concept of the book as it is the text book the young wizards would have used in school.  The really cool thing about this book is that there are “hand written” notes along the edges of the pages to give it that authentic hand me down book feel.  Definitely worth picking up. 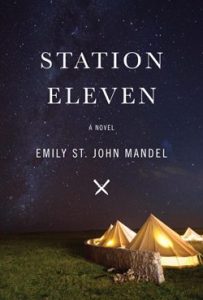 Jason Sansbury I am finishing off Emily St. John Mandel’s Station Eleven. Though it shows up as a science fiction book, I am not sure I fully by that.

The basic premise of the book is that a flu wipes out 99.9% of the world’s population in a matter of days. So it definitely has some of the dystopian elements that are popular nowadays but I think it is has two greater themes. The first is an exploration of how connected the world is; it takes Six Degrees of Separation to a new level through some flashbacks. And the second is the survival of culture and art in through deep tragedies.

It is a really smart work and definitely worth checking out; the dispersed timeline creates some interesting story telling.

There you have it, some reading recommendations from nerds. some being highly recognizable while others were some deep cuts. Enjoy, and please take a moment to share in the comments what you are reading!

What can King Solomon teach us about slaying demons in our…

Orcs are the toughest mothers in RPGs. So why aren’t…