I’m a relative newcomer to tabletop RPGs, but its been full steam ahead since I rolled my first Dungeons and Dragons character and played through my first module. I quickly found a willing DM in a friend and rounded up several more buddies for the campaign – among them: two eighth grade boys.

By the time I sat down for my first experience as a PC, I had listened to several actual play podcasts and even sat in on a few local games in the offensively smelly backroom of a nearby comic shop. I had this certain image in mind when it came to what to expect and how things would go, but the energy, enthusiasm, and spontaneity that those two junior highers brought to the table shattered that image into a thousand pieces.

It was like watching one of the old Garnier Fructis commercials and then trying the same shampoo.  Why isn’t my experience like that?!

But here’s the thing: I love those guys. I couldn’t fathom a session without their shenanigans because though they follow a thousand rabbit trails to nowhere, they bring a lot of laughter and unexpected twists to the game.

However, there is some room for a little coaching. How do I go about including them without squashing their enthusiasm? How does anybody introduce the younger generation to a tabletop RPG without it spinning out of control on the wings of unchecked imagination and (possibly) frustrating the other PCs?

Tip #1 – Let them do as they wish, but don’t let them do so without consequences.

The beauty of the open worlds of RPGs are the unlimited possibilities, but sometimes we adults take things way too seriously. We get tunnel vision. We use tried-and-true approaches to problem solving.  We deliberate (sometimes seemingly endlessly) before we act.

Not so with the younger crowd!

While we’re busy tossing around suggestions, they’re implementing their (often hairbrained) plans of action.  There’s a certain breath of fresh air to that approach on occasion, and while I think DMs need to roll with those punches, he or she should also make them face up to the logical consequences of such actions.

For instance, in my D&D experience, one of our party (Shifukato) killed a captive while he was under guard. He did it just for funsies.

The captain of the keep we were in had him 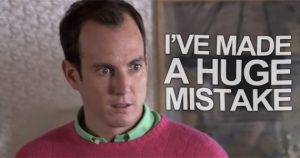 immediately arrested and he was going to stand trial for murder (and present his own defense, no less!) the next day.  Luckily, the rest of the party was able to convince the captain that we needed him on a quest on behalf of the keep and we promised to turn him back over to their authority once we returned.  And we would have, had we not all…you know…died.

Ryan (playing as Shifukato) was not thrilled with that turn of events, but major kudos to the DM for holding him responsible for his actions. Ryan learned then that while he could do anything, that doesn’t necessarily mean that he should do just anything. A fantastic lesson for a first time gamer.

Tip #2 – Treat their declared actions like they’re on Jeopardy! instead of Who Wants to be a Millionaire?

Often times the boys would unfurl these wild declarations of intent, but when pressed by the DM about whether or not that was actually what they were doing, they delivered much more muted (and saner!) actions…but not until several minutes later. Meanwhile, we would sit through insane and inane stories of intended derring-do only to have them redact those actions in favor of something more mild-mannered after much pleading from the other PCs.

Go with their first answer instead of asking them repeatedly if its their final answer. If they’re not asking the group for an opinion (What if I…?  Who do you think about…?) and are instead 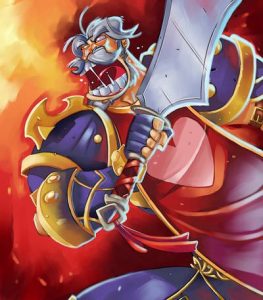 stating aloud what they’re going to do apart from any cooperative input (they’ve literally gone rogue!), hold them to it and stick with Tip #1. (You may end up in a Leeroy Jenkins situation, but hang with me through Tip #3!)

Sometimes the unlimited power that comes with unlimited possibility goes right to their heads and unseats anything resembling cooperative play. By letting them know ahead of time that what they say goes, maybe they’ll think a little longer before acting or ask for advice.

This will emphasize the teamwork element of the game and keep the team involved in every PC action instead of simply having to react to them. I’m not saying that the teens can’t play their character as if its their own! By no means! They just need to be aware that in a campaign they are a main character, not the main character (a distinction I owe to this post from High Level Games).

Tip #3 – Never, under any circumstances, do you tell them “No” out of game.

Don’t you dare squash that enthusiasm! If your character wants to object, go for it…but don’t do that across the table. There’s no right or wrong way to play these games! If you tell them that they’re doing it wrong, they might choose not to do it at all, and that would be a crime.

Are there right and wrong things to do to accomplish goals and live to tell tales? Absolutely! If their character is about to do something that jeopardizes either, have your character speak up in game (maybe even roll opposing checks!) and if the mission fails or their character (or all characters) dies…so be it.

Debrief, share the lessons learned, and try again. But please, oh please, don’t place blame and exclude them from future sessions. What will that accomplish?

Kids these days are spoiled by spawning, check points, and reset buttons. In tabletop RPGs, those things don’t really exist. Understand that they’ll have to learn that (yes, there’s a learning curve beyond knowing which dice to roll and when) and be patient as they do. If you invest in them in this way, I promise you’ll see results in-game. But if you stymie creativity and desire out of game, no one wins.

Tabletop Gaming with Teens: The Dividends

If you can stick with these three tips, I think you’ll find major success with any youth venturing into their first tabletop realms. It may take a few in-game reality checks and maybe even a death or two, but including the next generation is so totally worth it!

What kind of success have you seen with younger players? What teaching techniques have you used to grow them as players? Share in the comments!