After a DnD TPK and a Shadowrun campaign attempt that just didn’t get any traction, I volunteered to serve as the DM for another Dungeons and Dragons campaign.  I’ve never DM’d in my life, so I’ve read a ton of articles and asked a lot of questions. I’m hardcore Type A, so I think I’ll be fine though there will undoubtedly be some room for growth.

I made a list (remember: Type A) of all the elements I’d really like to include as a part of my “style” as a DM, and some of them have me a bit worried. Can I narrate and describe settings without a bunch of “umms” or underwhelming details? Should I even try to incorporate voices and accents for NPCs? And how in the world am I going to incorporate the PCs’ backstories into the campaign in an organic way?

Then a revelatory question popped into my head that has eased my nerves while simultaneously elevating my goals to new heights in my quest to be an engaging and entertaining DM:

What would Chris Claremont do?

I’m not sure if Claremont has ever run a module for any tabletop RPG behind a DM screen, but here’s why I think he would be absolutely fantastic at it.

Why Chris Claremont Would Make An Amazing DM

Claremont loved his narration boxes. Maybe a little too much, as his classic X-Men run was filled with them, but through them he offered context and story that the art and dialogue did not provide in and of themselves.

As I’m reading through The Curse of Strahd, there are all kinds of fantastic color texts that describe settings and characters that I absolutely want to give the PCs, and I simply can’t do that by slapping a gridded map on the table or including it in NPC dialogue. It would be super odd having Strahd describe himself in his own words.

For Claremont, this wouldn’t be a problem. He’d be all about painting the picture and setting the scene with oodles of prose and while it might feel a little heavy at times, it would certainly beat having none.  Plus he is the champ of using those extra bits of narration to pester and heckle his PCs. 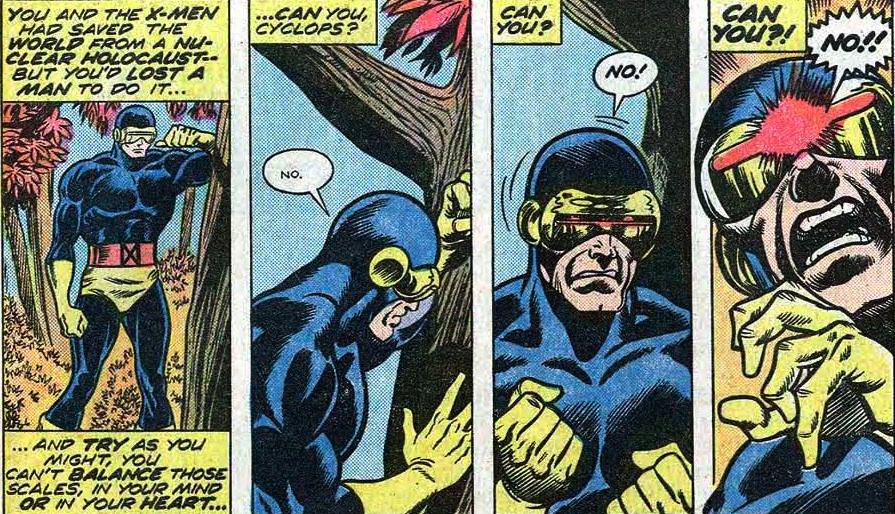 While there is no way to incorporate thought balloons or bubbles into my campaign, the Curse of Strahd manual comes with a ton of text outlining NPC motives, goals, and background. They provide that information to you so you can climb into their headspace and puppet them appropriately and accurately.

Claremont’s use of thought balloons proves he appreciates that head space. In them, you as the reader are treated to bits and pieces of information otherwise only known to the person thinking them, and it helps shape not only the thinker of the thoughts by oftentimes their relation to others.

Just look at the picture below! It is 100% thought bubbles! And you get a pretty spot-on characterization of each of the mutants in their respective bubbles. 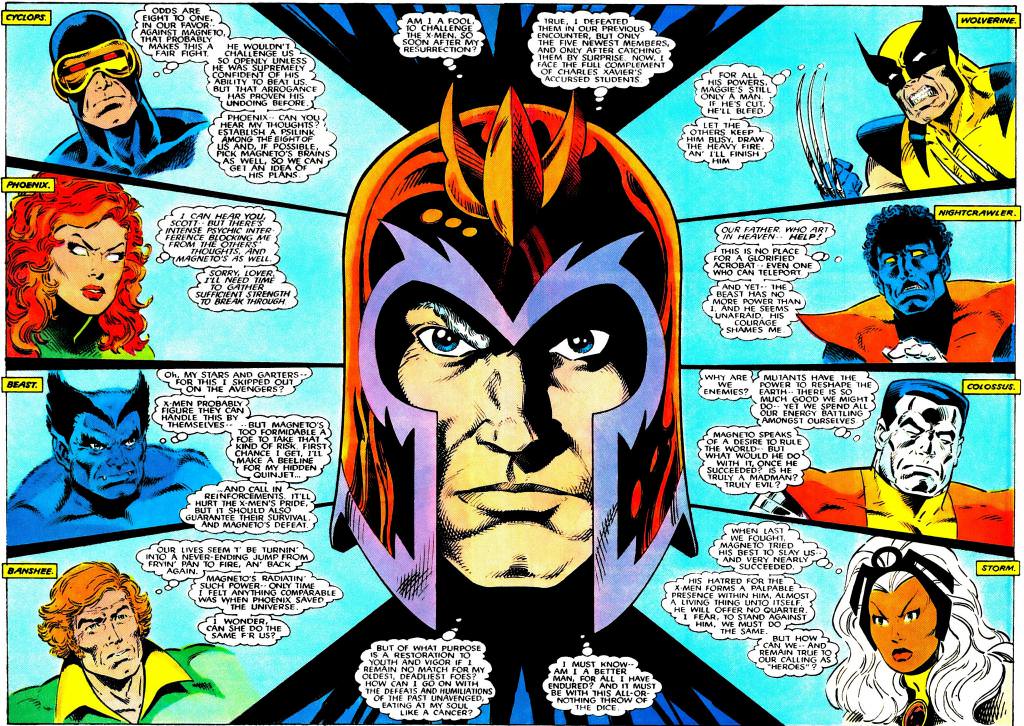 Even if WotC didn’t provide the sorts of insider information that they do for DMs, Claremont would create it on his own. Heck, he’d probably add to it. For Claremont, its not enough to show that someone does something. He wants you to know why.

One of my biggest concerns is weaving the PCs backgrounds into the narrative. Give me a detailed description of how to navigate from Point A to Point Z and I can do that. Trying to figure out how to organically add to that progression meaningful ties to my players’ backgrounds and histories frightens me a little. It’s not that I’m not creative, it’s just that I want to do each justice.

And approaching it in a Claremontian way is going to buy me time and bring me peace. I don’t have to plug a PCs material in all at once. I can be subtle and tease and build a narrative crescendo.  Claremont was the king of this. A little hint of this here, a dash of it there, then BAM: Full story arc several issues later.

Great example (though far from the only one): Dani Moonstar talking about a “demon bear” and the other New Mutants writing her off as exaggerating and overreacting. Then BOOM: The Demon Bear arrives on scene and provides us with some of the best that run had to offer.

Claremont would drop tasty morsels as hints of whats to come and keep the PCs on the edge of their seats in anticipation like a master DM. No doubt. 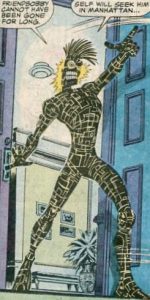 Claremont was notorious for writing phonetic accents, random foreign words, and even really quirky speech mannerisms into the dialogue for characters like Nightcrawler, Banshee, Warlock, and Gambit (just to name a few). I’m not sure how deep down the vocal rabbit hole I’ll go as a DM myself. I’ve heard it done extremely well, but I’ve also heard it done in such a way that PCs tend to poke fun at the DM’s attempts more than they appreciate it.

The biggest trick for DMs is to have enough unique voices on hand to provide a real diversity amongst the characters instead of all of them sounding, say, Irish for some reason. Claremont will find a voice for each and every character he runs.  Some might find it tedious or even offensive, but it will undoubtedly be diverse.

Claremont’s tendency to have villains monologue before battles could get a little tiresome. When PCs are finally face-to-face with the big bads of any adventure, they’re usually ready to tear him apart on sight. The only dialogue necessary are quick, quippy threats and trash talk.

However, I do think that this could work for him depending on the module/adventure. Strahd is totally a guy who I envision breaking out into epic rants, threats, taunts, and declarations. He’s a smooth criminal and a really articulate villain. If Claremont picked his moments, that could absolutely make for an unforgettable and epic pre-fight staging.

Repeating What Powers His Characters Have Every Time They Use Them

If a character Claremont controlled knew, say, Blinding Smite, there’s a good chance that every time he used it, you would hear something like this:

“HA!  Foolish [insert PC race].  I’ve imbued my melee weapon with Blinding Smite!  It flares with a bright, blinding light that will deal an extra 3d8 radiant damage if the blow strikes true.  And what’s more!  If you fail a Constitution saving throw, you’ll be blinded until my spell ends or you make a successful saving throw!  MUAHAHAHA!”

It’ll be “I’m near (or nigh) invulnerable when ah’m blastin'” all over again.

I love Claremont’s work on all the X-titles, and I would jump at the opportunity to sit down to a tabletop RPG with him as the Dungeon Master.  He’d bring every lovable element of his writing style as well as a few of the more annoying ones to the game and it would be amazing.

The Glass Cannon Podcast: Episode 54 – Mulch Ado About Nothing