But it is supremely annoying to draft a TEQ-type friend (green) only to find out that the boss is INT (purple).  Sort of a waste.  Why not make sure your friend selection is to your absolute best advantage?  Since the game refuses to tell you at the outset what you’re up against, I’ve compiled the useful list.

(But let’s be honest…if Gogeta is an option, you go with Gogeta, fool!)

These chapters are no joke.  Some tough and hard hitting bosses, for sure, and you’re often pitted against multiple bosses of multiple colors that attack all at once each and every round.  You’re going to

You’ll need more than the right ally to see you through…be wise with your item selection and use!

PS:  Don’t forget that we’ve got you covered when it comes to Chapter One and Chapter Two missions, as well!

Reunion with Krillin:  The boss is green, so go with a purple.  On Z-Hard, you’re up against an orange, so bolster your team with a red!

Saiyan Trio:  The boss is orange, so go with red. 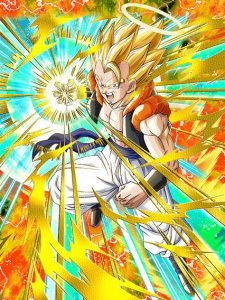 Saiyan Tag Team Returns!: The bosses are orange and green, so bring a red or purple with you.

Turles the New Saiyan: The boss in purple, so bring an orange.

Ginyu’s Trespass!: The bosses are orange and red, so ally yourself with a red or blue.

Reunion with Goku?:  You’ll face a green, blue, red, and purple.  Any color but a red will defend against at least one of those.

Showdown!  New Ginyu Force?!:  You’re up against one of every color, so choose freely!

Ending of the Body Exchange:  The boss is purple, so snag an orange. 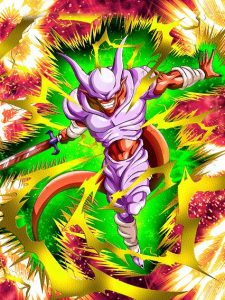 Frieza’s Army Attacks!:  The boss is purple, so ally with an orange.

Breaking The Siege:  The bosses are red, so grab a blue.

Zarbon’s Transformation:  The boss is blue, so team up with a green.

The Elite Force’s True Power:  Two purple and one each of green, blue, and red await you.  Only color that won’t provide a guard is red.

Imperial Power:  The boss is blue, so bring a green.

Deepening Destiny: On Normal and Hard the boss is red, so go with blue.  On Z-Hard it switches up to a purple, so an orange will do!

Frieza’s Transformation:  The boss is red, so blue it is!

Frieza’s Second Transformation:  The boss is green, so a purple ally is best.

The Epic Attack and Defense

Commander’s Will:  The bosses are blue and purple, so a green or orange ally is the way to go.

Sovereign of the Warrior Race:  You’re up against one of each of the five colors!  Choose wisely!

Frieza’s Final Transformation:  The boss is blue, so green is the best choice.

Master of the Demon Realm Part 1:  The boss is red, so a blue will do!

Master of the Demon Realm Part 2:  The bosses are purple and red, so consider an orange or a blue ally.

Master of the Demon Realm Part 3:  The boss is green, so go with a purple for defense.

The Coolest Card Art in Dokkan Battle (And Where It Came…