Nerd Culture Highlights for the Week of October 9, 2016.

1.  The final trailer for Rogue One: A Star Wars Story dropped!

Listen, if this trailer doesn’t get you amped, you’ve clearly navigated to our site by mistake.

Earth Nerd Jason and I jammed on the new Brawl, Junkenstein’s Revenge, for about an hour last night and it is super fun!  That is so long as YOUR HEALERS – ANA AND SOLDIER 76 – ACTUALLY, YOU KNOW, HEAL YOU WHEN YOU ASK FOR IT 50 TIMES.

I had a bad experience I’m still trying to get over.

SERIOUSLY…I DIDN’T RECEIVE A SINGLE POINT OF HEALING FROM THOSE TOOLS.

But, yeah, new game mode and over 100 new skins, poses, and sprays.  And it is 100% free because Blizzard understands my financial situation and I love them for it.

3.  Funko is releasing Batman: The Animated Series Pop Vinyls just in time for the holidays! 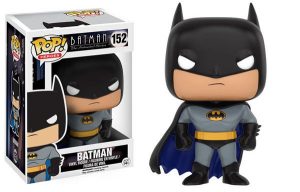 I’ve gone on record saying that Pop Vinyls make for great nerdy Christmas gifts – particularly if they’re limited editions, variants, or exclusives.  I don’t get the feeling that these fall under any of the categories but if you’ve a nerd in your family or circle of friends around the age of 30, odds are fairly good that they grew up watching this show.

4.  Sigourney Weaver will play the antagonist in Marvel’s The Defenders.

Her casting hasn’t been specified yet, but it there are plenty of rumors floating around out on the internetz.  Interestingly enough, many of them pin Weaver taking on the role of a villain who is traditionally male (I’ve seen Mephisto and Silvermane repeatedly).  The one female villain that has come up a few times is Viper.

Regardless, we here at NoE are excited about this casting.  We heart Weaver.

5.  Peggy Carter is coming back to TV…only not quite like we’d hoped. 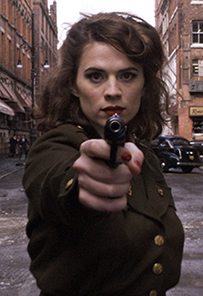 She’ll be featured among the swelling cast of Disney XD’s Marvel’s Avengers: Secret Wars and will be voiced by Hayley Attwell – and appropriately so.  As the screenrant article concludes,

It might not be exactly what fans want, but it’s certainly better than nothing.

And we’re out of here for the week! There are Friday’s 5 quick links for you. Hopefully they get you caught up on the big stories from nerd culture that you may have missed this week.

Get to Know Sanford Greene, the Artist of Power Man and Iron Fist