While Doctor Who is a series that has had many styles over its long history, fear and horror have been a constant presence. Indeed, very early on, it gained a reputation for being best watched from “behind the sofa”.

With Halloween approaching, here is a list of some of the creepiest and scariest stories. The list is by no means comprehensive (there are too many to list them all), but it does contain at least one story from every Doctor except the eighth (who, unfortunately, had only one televised story). The stories are listed in broadcast order. 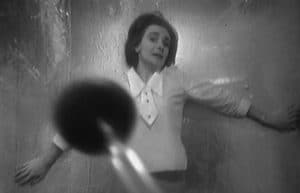 This is the story that introduced Doctor Who’s most iconic alien monsters—the evil Daleks—and started the show’s long association with fear. The first episode, in particular, is especially creepy, featuring only the four main cast members as they explore a seemingly dead world. The first episode ends with what is still, today, one of the most effective and terrifying cliffhangers the show has ever had. 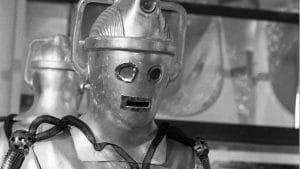 The Tomb of the Cybermen
Second Doctor, 1967, four 25-minute episodes.

A group of future archaeologists explore the tombs of the supposedly extinct race of Cybermen—Doctor Who’s second-most iconic aliens—who might not be so extinct after all. 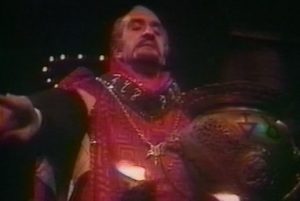 This story deals with witchcraft, the occult, and ancient aliens who long ago manipulated the development of humanity as part of a sinister experiment. 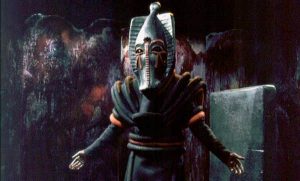 This one delves into Egyptian tombs and mummies. 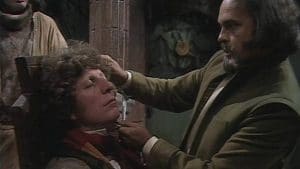 Inspired by Frankenstein, this story tells of a scientist trying to create a new body for the brain of an infamous Time Lord criminal, and he decides the Doctor’s head will be perfect for it.

This one gave me nightmares as a child. 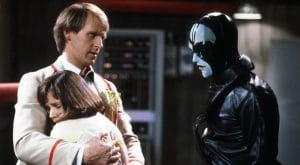 This one goes more for psychological horror, as an evil genius becomes infatuated with the Doctor’s companion, Peri. It is one of the darkest regeneration stories in Doctor Who’s history, and widely regarded as one of the all-time best stories. 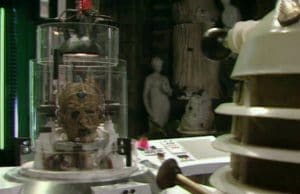 Davros, creator of the Daleks, has somehow gained the moniker “the Great Healer”, and has gone into the business of grave robbing, with sinister, gruesome results. 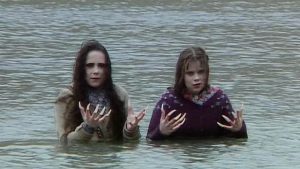 A complex tale of the British and Russians in World War II—plus Vikings, vampires and an evil from the dawn of time!

I highly recommend the special edition, which includes additional footage cut from the original broadcast for time reasons, and updated special effects. 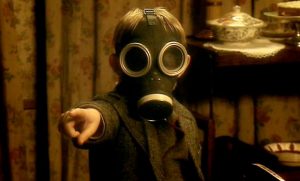 Another visit to World War II, this time the Blitz, where gas mask-wearing zombies terrorize the people. Never has a young boy searching for his mum been so creepy. “Are you my mummy?” is a line that will send shivers down your spine. 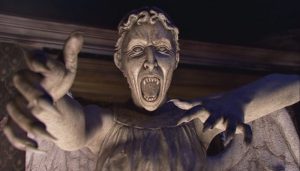 The Weeping Angels are creatures that turn to stone whenever anyone is looking at them, but if you look away for even a moment… They move like lightning! After this story, you will never look at another statue the same way again. Just remember one thing: Don’t blink! 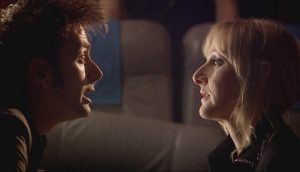 You never see the monster in this one, and it’s made all the better for it. A group of passengers trapped on a train together have to stop something from getting in—something that gets into their heads instead, even the Doctor’s. 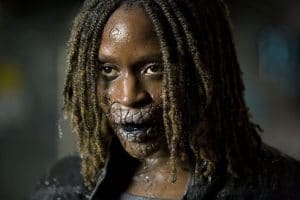 The first human expedition to Mars is besieged by a terrifying plague in their water supply, slowly turning the crew into monsters. 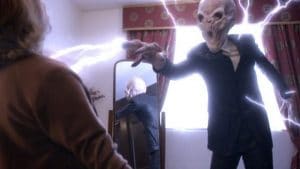 How do you defeat something if, when you’re not looking at it, you forget it even exists? This story introduces the Silence, one of Doctor Who’s creepiest aliens. 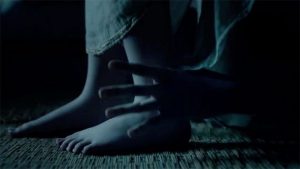 Have you ever been in a situation where, even though you are alone, you feel like someone else is there, yet when you look, you confirm there’s no one else there? This story posits that maybe you’re wrong. Maybe there really is something else there.