Episode 80 brought us a troll, in episode 81 the party fought a cyclops, and this week we have ogres in episode 82 – Ogre My Dead Body!

The heroes get the jump on a band of bloodthirsty ogres and attempt to free their terrified captives!

The Glass Cannon guys are playing Pathfinder, a fantastic roleplaying game that began as an offshoot of the 3.5 edition of Dungeons and Dragons. You can learn more about Pathfinder here or get your 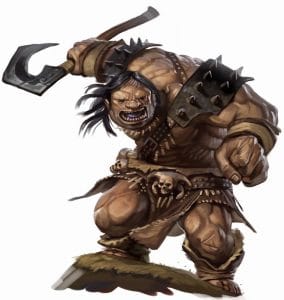 own copy of the 1st book of the Giantslayer adventure and start a Pathfinder campaign of your own!