The return of Doctor Who to television screens in 2005 meant another change in the approach to Doctor Who books. BBC Books decided to discontinue their lines of Eighth Doctor Adventures and Past Doctor Adventures (see our last article for details on the EDAs and PDAs), and to begin a new line of novels tying into the new series.

However, unlike during the time of the original series, these would all be original novels instead of novelizations of television episodes. 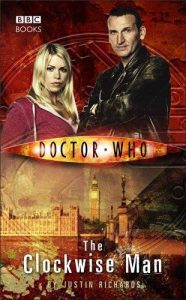 The new series of books, referred to as the New Series Adventures (or NSAs for short), began publication with the simultaneous release of three novels in May 2005:

All three featured the ninth Doctor and Rose.

With the NSAs, BBC Books opted to move to shorter novels than had been the norm since the beginning of Virgin’s New Adventures novels in the 90s. The NSAs have also been aimed at a slightly younger audience than the previous EDAs and PDAs, more in line with the target audience of the earlier Target novelizations, though still longer in length than those books generally were. Each NSA is typically around 250 pages in length.

Another notable change with the NSAs came with the removal of explicit references to when in the television show’s continuity the books take place. Virgin’s Missing Adventures and BBC Books’ PDAs all contained explicit statements on the back covers indicating which television stories the books take place between. For example, The Devil Goblins from Neptune, the first PDA, takes place between the television stories “Inferno” and “Terror of the Autons”. 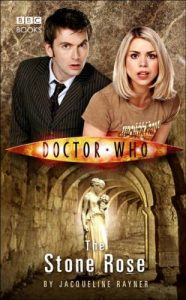 The NSAs contain no such note, making it sometimes difficult to place them into the greater continuity. To some extent, this is very much by design, as the NSAs are intended to be completely stand-alone and readable in any order. However, many of the books do contain explicit reference to television stories during the narrative, making it possible to at least approximate television stories that the books come after.

When David Tennant replaced Christopher Eccleston as the Doctor in 2006, the books followed suit, with the first three tenth Doctor books arriving in April 2006. Since then, the novels have almost always featured the current television Doctor and companions. There have been a few exceptions, however. The Story of Martha by Dan Abnett was published in December 2008, well after Matha’s time on the series (and after several novels featuring Donna Noble had already been published). It tells the story of Martha’s journey around the world in the year the Master rules it (the time between the television episodes “The Sound of Drums” and “Last of the Time Lords”).

Another notable exception is Engines of War by George Mann, which features John Hurt’s War Doctor. This is a longer book (320 pages) than typical for the NSAs, and was published on its own (not as part of a set of three) in July 2014. 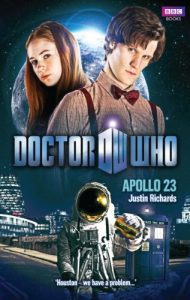 In 2010, when the first eleventh Doctor books began (with Apollo 23 by Justin Richards, Night of the Humans by David Llewellyn, and The Forgotten Army by Brian Minchin), the NSAs underwent a slight change in format. The books increased in physical size (though maintained the same average word count), being taller than previous books. They have maintained this format through to the present day’s twelfth Doctor books.

As well as the NSAs, BBC Books have also published a number of other Doctor Who books. From 2006-2009, they published several Quick Reads books. These were short novellas intended to promote literacy. The line began with I am a Dalek by Gareth Roberts in May 2006. The Quick Reads books also saw the return of long-time, prolific Doctor Who author Terrance Dicks, who wrote two novellas for the line: Made of Steel and Revenge of the Judoon. 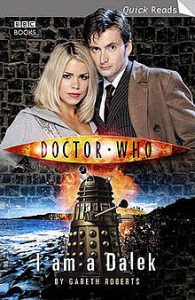 From 2007-2012, BBC Books published several Torchwood novels. Despite being aimed at an adult audience like the television series, these books were originally published in a format very similar to that of the NSAs. The format changed in 2011, however, when the novels switched to being released in paperback instead of hardcover.

Also, October 2016 saw the release of three novels based on the latest Doctor Who spin-off, Class. In addition, BBC books have published numerous non-fiction Doctor Who books as well, such as Who-ology and The Doctor: His Lives and Times.

Although no new series television episodes have been novelized to date (the last television story to be novelized was the TV Movie, published by BBC books in 1996), BBC Books has made a return to novelizations in recent years. In 2011, they reprinted six of the old Target novelizations with new introductions written by people such as Russell T Davies. The following year, they reprinted six more. Several other reprints have followed in recent years, including facsimile editions of the three original 60s novelizations (Doctor Who in an Exciting Adventure with the Daleks, Doctor Who and the Crusaders, and Doctor Who and the Zarbi).

As well as reprints, however, the first new novelizations since the 90s have also arrived (although there was also a novelization of the animated web series “Scream of the Shalka” publish in 2004). As detailed in Parts One and Two of this article series, by the end of the Target line of novelizations, all but five original series stories had been novelized. These last five remained due to rights issues. Three of them were written or co-written by Douglas Adams (of Hitchhikers’ Guide to the Galaxy fame). In recent years, BBC Books have successfully negotiated with Adams’s estate to gain the rights to publish novelizations of these stories. 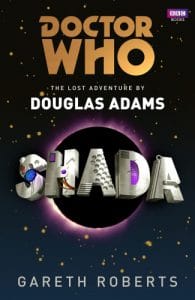 In March 2012, Shada, written by Gareth Roberts, arrived on shelves. Unlike the NSAs and the earlier Target novelizations, Shada is a full-length novel (400 pages) aimed at a general audience, rather than a young audience. City of Death by James Goss followed in 2015, and finally, The Pirate Planet, also by James Goss, in January 2017.

While BBC Books have been releasing novels, numerous other publishers have also jumped into the Doctor Who phenomenon by publishing tie-in books from things as varied as behind-the-scenes information to collections of essays on a wide range of topics having to do with the show. From 2007-2010, Penguin Books released several novelizations of The Sarah Jane Adventures episodes. 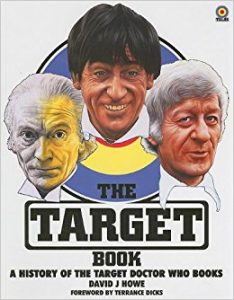 In 2007, Telos Publishing released The Target Book: A History of the Target Doctor Who Books by David J Howe. Readers of this series of articles interested in more information about Target books might find it a useful read, as it goes into far more detail than can be provided here.

The variety of Doctor Who-related books available now is really quite astounding, and it’s just going to get bigger. To date, there have been over 60 NSAs published, with three more due out in April 2017. As long as Doctor Who continues, Doctor Who books will undoubtedly continue, and probably for quite some time afterwards as well.