I love massive board games, like Blood Rage from CMON or Star Wars Rebellion from Fantasy Flight. You know, the ones that take all evening to play because dumping out the components means you literally have a ton of plastic, wood, and cardboard littering the table. No one else in my home even remotely feels the same way.

My wife is my primary gaming partner and it’s a non-starter for her if the setup takes more than 5 minutes. Likewise, my most enthusiastic gaming partner is my 8-year-old and she’s simply looking to pack in a bunch of fun into a short burst of time.

So the board games that get a lot of play in our house have three things:

Wizkids is a super well thought of company, but I bet you $3 that the first place your mind goes is to Heroclix, which is perfectly reasonable as that miniatures game has become such a beloved and ubiquitous part of nerd culture. Then savvy nerds will also think of D&D and Pathfinder pre-painted miniatures or maybe Dice Masters when they think of Wizkids. 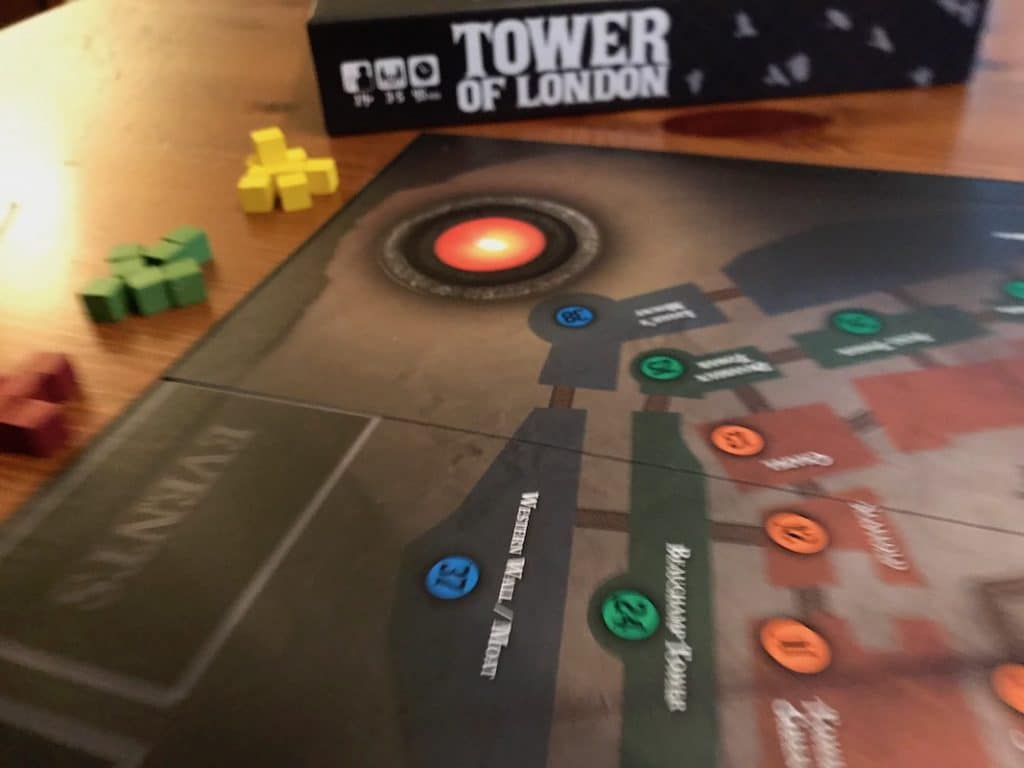 Tower of London is–at its core–an area control game. Here is the hook:

“Legend has it that the Tower of London has only fallen to enemy influence when the guards (Beefeaters) have less than seven ravens in the other. Even today, England clips the wings of captive ravens and keeps extra ravens around–all to be sure they never fall below seven ravens again.”

Gameplay includes a nice fold-out game board (this was really well thought out for a small box board game), two stacks of nice (physically and graphically) cards, a heap of colored wooden cubes to represent the Beefeaters, and 30+ wooden raven tokens with little painted eyeballs. 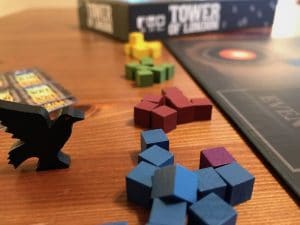 All the components are nicely done, which is what we’ve come to expect out of Wizkids. And the Edgar Allen Poe-ish theme is well done and engaging, even if I could have used an extra two paragraphs of text to really tell me what a Beefeater is; that’s not the kind of term you toss out there without context.

I liked the use of the card text to provide the mechanism for placing cubes on the board, which is almost always enjoyable if you ask me. But there is one last thing to point out: the game is 3-5 players (and I’d recommend four, which means it doesn’t play quite as fast).

You can purchase Tower of London here. 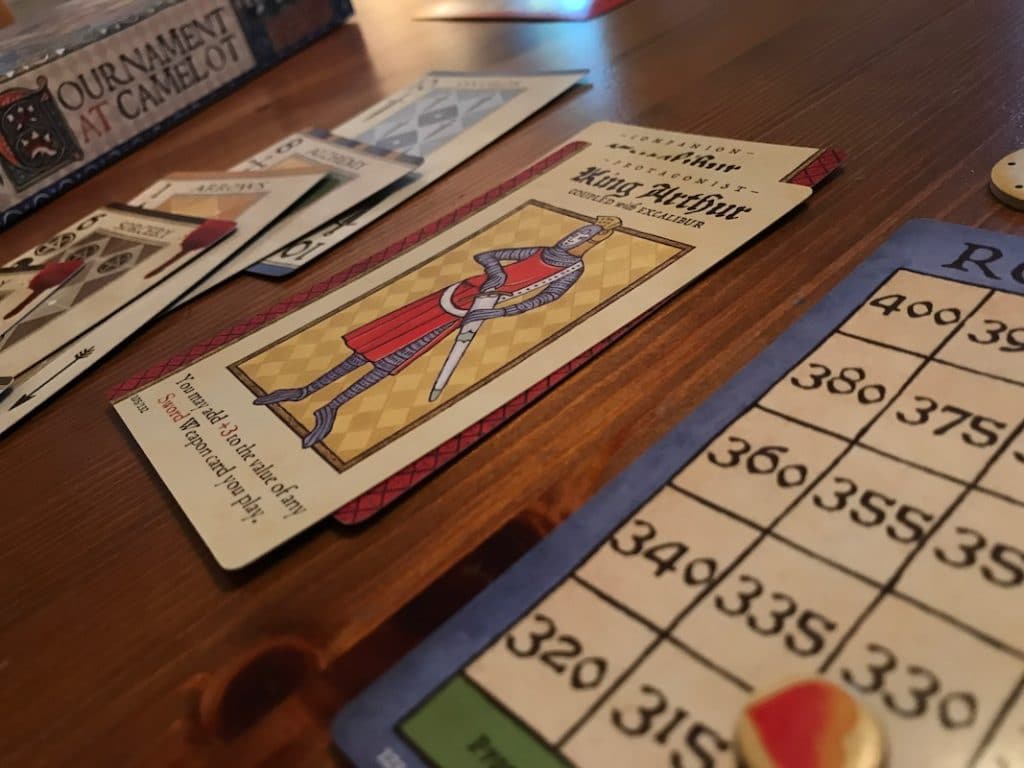 Next up is Tournament of Camelot, which was the real winner for me personally. ToC is a trick-taking card game with a King Arthur theme that is wonderfully presented in the game.

The components of the game are just a few cardboard tokens and about 150 oversized cards on some really nice cardstock. The interior of the rulebook presents a nice narrative that invites people into the Arthurian legend, then it cuts right to the objective of the game and setup (which takes about a second).

Play is a series of hands (“Tourny Rounds”) where weapon cards are played from each player’s hand. You simply match suit or an Alchemy card is wild. (See, because alchemists could change the properties of matter!) 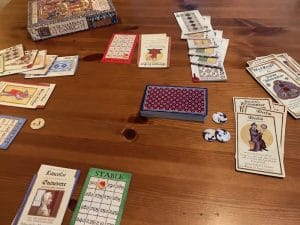 Each player has a protagonist card, like Merlin, Guinevere, or Morgan le Fay. This card is coupled with a Companion card, so Arthur coupled with Excalibur for example. This gives an extra touch to the game and allows for a nice “special power” to play during trick taking.

Card values injure a player and health is tracked on included Health cards. But there are Godsend cards that give an opportunity for a little divine magical healing.

Tournament at Camelot is a great game. It has a wonderful theme and touch of whimsy. It is well designed and works well for a family. I highly recommend it. You can get it here.

Both of these games set up fast and play fast; they’re small box entertainment. What’s more, both of them are absolutely dripping with theme. I’m pleased to see that Wizkids is thoughtfully and creatively making a splash in the small box board game space.

D&D in a Box: Review of the Tomb of Annihilation Board…