Lists of 7Board Games

We’ve written at length about how it is a great time to be a nerd. Nerdy stuff is on the rise and stuff that was once only spoken of in the back rooms of hole-in-the-wall comic shops are now earning hundreds of millions of dollars on the silver screen. There was a time when eyebrows were raised when you said you knew who Rocket Raccoon was…now eyebrows are raised if you don’t know who he is!

There is an absolute wealth of nerdy things to love and do, but that doesn’t come without its challenges. Now there is so much to do, our wallets have a hard time keeping up with the demand we’re placing upon them. New books, new movies, new hobbies…It can get really expensive really quickly, for sure.

So I thought I’d round up a few super nerdy things that ask for pennies instead of appendages. Here they are:

How to be Really Nerdy for About $5 per Month

1.  Get a Marvel Unlimited Subscription. Okay, okay, I’m stretching the rules here a bit with this first 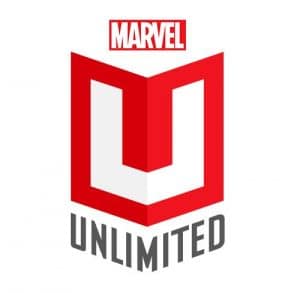 entry as an annual subscription actually works out to $5.83/month, but I figured we’d play by Dungeons and Dragons rules and round in the player’s favor (i.e. down!).

Tens of thousands of Marvel comics spanning every franchise you can think of makes this one of the easiest decisions on this list. Sure, you’ll stay about 6 months behind whats hitting the shelves of your local comic shop, but you’re also paying what amounts to the cover price of two singles for access to more than 20,000 issues.

A Marvel Unlimited subscription permits you to do what every modern instant gratificationist wants to do: Binge. No waiting, no adds, just left swipes until your eyes bleed from Magneto’s purple prose or Alan Davis’s amazing hair.

You can find all you need to know in order to plug in hassle-free to Adventurers League here and download the free Pathfinder Society Roleplaying Guide here. The process for both is quick, painless, opens up a lot of opportunities for local games, and – most importantly – free.

And if you’re just itching to spend that $5/month, go ahead and buy the appropriate license in Hero Lab for your preferred gaming system. In fact…you could snag both the Pathfinder and 5e Core Packages for less than $70 total which, using that player’s favor rounding, still breaks down to about $5 a month.  Heck, I know folks (some of whom write for NoE) who use Hero Lab as its own, isolated source of entertainment! They just generate character after character in their free time. 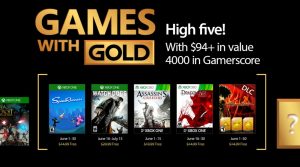 Two of them are usually backwards compatible Xbox 360 games and the other two are Xbox One releases. While not every game offered for the $0 price tag is critically acclaimed, several times a year you’ll be pleasantly surprised by the offerings.

$60/game is a pill I can swallow only once or twice per year (last year only Overwatch and Doom made the cut). But $60 for an entire year of online play plus the chance to download (and own, by the way) dozens of games is a win-win that doesn’t significantly damage my bank account.

4.  Round up a few friends and tackle Pandemic Legacy. Money isn’t the only resource us Nerds can find ourselves lacking. Time, our most precious commodity, is made even more precious-er when we have so many darned good nerdy ways to spend it. With Pandemic Legacy, you can spread the love around by saying, “Hey, lets just spend one sit-down a month on this particular pursuit – thus freeing up more time for all the others!”

Commit to tackle a single in-game month per IRL (in real life) month. That’s a relatively low-bar commitment given that most Pandemic playthroughs run about 60 minutes.

Bonus: You might be able to convince your fellow players to chip in and

A) stay below budget, and/or

B) reallocate those remaining funds towards another worthy nerdy pursuit.

5.  Paint minis!  You can stay well below your $5/month budget and score yourself a beginner’s 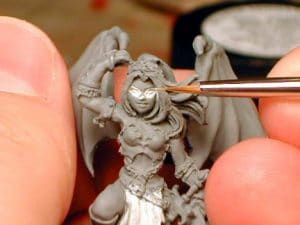 painting kit and a handful of unpainted minis. This Reaper Learn to Paint Kit even comes with three minis – leaving you almost $20 to buy a few more after those are done to your satisfaction.

Custom painted minis make fantastic gifts to your table-mates and they’re simple pitches to friends and family as gifts for you (since they tend to be relatively cheap themselves!).

We’ve even put together a post for first timer miniature painters to help you get started. No experience or artistic acumen necessary.

6.  Keep an eye on Amazon’s book deals.  Amazon makes it easy to find great deals on books and ebooks. Here’s how to find the best deals quickly:

There are some truly great reads on sale under the Science Fiction & Fantasy genre as I type this including A Dance with Dragons, The Dispossessed, and all sorts of classics – all priced below your monthly allowance.

Extra pro-tip: Follow your favorite authors and publishers on Twitter! They’ve been known to alert their followers when their books go on sale!

Sacrifice a single Big Mac or venti unicorn frappuccino each month and level up your nerd status with any of these frugal options. Each promises hours upon hours of entertainment and occupation – easily outperforming other modes of entertainment (like movies or TV) when it comes to bang for the buck or return on the dollar.

Being a next-level nerd doesn’t have to be costly. One Lincoln a month’ll do!

How to Get Old as A Gamer