After a devastating loss in Episode 114, Troy offers a glimmer of hope to the party as they continue their fetch quests in the hopes of relighting Minderhal’s Forge.  Don’t miss Episode 115: There’s Something About Beary

A heartbreaking loss resonates throughout the party as the quest to relight Minderhal’s Forge continues. 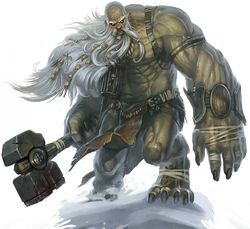 \offshoot of the 3.5 edition of Dungeons and Dragons. You can learn more about Pathfinder here or get your own copy of the 1st book of the Giantslayer adventure and start a Pathfinder campaign of your own!

An Introduction to Starfinder via the Iron Gods Adventure Path