Heroes are great and all–seriously–but sometimes, if I’m honest, I get tired of the heroes and heroines who have always and only ever been heroes. Every time you sit down to their stories, you know what they’re going to do, even if you’re not 100% sure how they’ll do it. You know exactly who to cheer for during the course of the narrative.

That can make a hero/heroine kinda stale and stagnant.

I’ll pick on one of my favorite franchises briefly to illustrate my point.

In the Dragon Ball universe, Goku has always and only ever been the goody two shoes hero who saves the day. In almost every arc of that show (including the ongoing Super), he’s gonna fight and he’s gonna win.

The only exceptions are:

So apart from a brief bout with heart disease, he was the dude that saved the day one way or another

Goku doesn’t appeal to me (though that’s not to say he isn’t fun to watch; he just isn’t a compelling character IMO).

But Vegeta…Vegeta does because he wasn’t always a hero and you never know when that selfish villainous side might show itself again. That’s what made both his Majin transformation awesome and the brief negotiation with Frieza during Resurrection F tense.

On top of that, his brand of heroism is qualitatively different than Goku’s. He’s much more likely to take a utilitarian approach to resolving a bad guy’s plot (i.e. just kill them) than let him go and hope they reform.

Vegeta develops more as a character than anyone else in the series because of this tension. He’s the only character with any degree of unpredictability about him, and that makes him dynamic and entertaining in a way that no other character in that show even remotely approaches (again: in my opinion). And this includes other villains in the series who break good: Piccolo (who I also love), the Androids, and Buu.

Vegeta was a villain who transitioned to a hero over time and that is part of what makes him a far better character literarily than the static and predictable Goku.

Villains breaking good is a thing that happens in the comics, as well, and for a host of different reasons.    I personally think these titles make for really interesting reads. 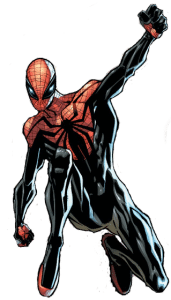 If you want to give a villain-turned-hero a spin, check out any of the three Marvel titles listed below!

Superior Spider-Man. What happens when Otto Octavius (alias Doctor Octopus) dawns the Spider-man persona and sets his mind to cleaning up the streets of New York City? Internal conflict, is what! Should you cheer for him? Do his ends justify his means?  I’ve already written a full review of this title, so I won’t get into it much here.

It is a closed chapter, though, so it can be read in its entirety on the Marvel Unlimited app! 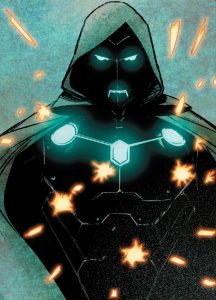 Infamous Iron Man.  In the wake of Civil War II, Doctor Doom takes on the mantle and armor of Iron Man…and of course no one believes he’s up to any good. Can you blame them, though? Doom was a pretty malevolent god recently, after all. But now he’s ceded control of Latveria to the people and is intent upon “trying to make up for the horrible things [he’s] done in this lifetime” and “to do it with the same flourish and energy with which [he] attacked this world.” I’m curious to see how this plays out! 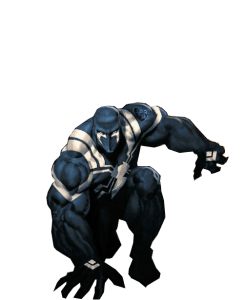 Venom.  Venom has undergone some pretty interesting changes in the last six or so years. The symbiote was harnessed by the government, sedated, and rigged with a killswitch before being lent to Flash Thompson – aka Agent Venom (Venom 2011); a big change from the symbiote’s string of straight up villain hosts.

Thompson ends up with the Guardians of the Galaxy (2013-2015) who then end up on the planet Klyntar where it is revealed that the symbiotes are actually noble and virtuous but can be corrupted by amoral hosts. They cleanse the Venom symbiote up for Flash who then becomes an Agent of the Cosmos (in Venom: Space Knight). Somehow or another (I’m not sure its been made clear how yet), the symbiote ends up separated from Thompson, unites with a guy named Lee Price with whom the symbiote pleads for heroism over villainy! The symbiote is overruled by Price, though, whose deeds draw the attention of Spider-man and ends up reunited with Eddie Brock. Will this new host be a benevolent one as well? Will Flash retrieve his Klyntar partner?

Each of these titles has received pretty solid critical praise, in part just for being different–even when the initial premise caused quite a rabble-rousing stir (especially true for Superior Spider-man). So consider taking a short break from your traditional hero narratives and dabble in these villains breaking good for a few issues. See what all the fuss is about!

They are intriguing in their deviation from the norm or the standard hero formula. If nothing else, this makes them experiments worth exploring.