Nerd Culture Highlights for the Week of December 4th, 2016.

There’s really nothing that needs to be said about the first two items in this week’s Friday 5.  Odds are you’ve probably already seen both trailers by now.

You know you wanna.

3.  Watch a Storm Trooper try out for the Fort Worth Police Department.

Last year the Fort Worth Police Department interviewed Darth Vader who tried his best to convince them that he was the recruit they were looking for (with a wave of the hand and spoken in the style Obi Wan’s classic “these aren’t the droids you’re looking for.”).  This year the FWPD is at it again, only this time a Storm Trooper is being evaluated on a gun range.

Obviously this doesn’t go well, so the Fort Worth Police Department continues their search for qualified applicants.  Their contact information can be found at the end of the video.

4.  Marvel’s Inhumans has a show runner and it is good news on many levels.

Scott Buck of Dexter and (more recently and more relevantly) Iron First fame is set to take the reigns of Marvel’s Inhumans TV show.  As i09 points out:

That suggests the powers that be are so happy with [Iron Fist], they trust him to come back and do something different. Which is great, great news for Iron Fist, and probably The Defenders too.

Inhumans is set for an IMAX release on Labor Day next year before migrating to its new home on ABC.

5.  The villain for Logan has been confirmed. 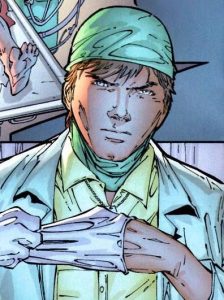 I am simultaneously super pumped about this announcement and really nervous about it.  Xander Rice is the key villain in the X-23 run that I believe is a must-read, so its fun knowing that it was almost undoubtedly among the source material considered for the script.

At the same time, my deep love for that series threatens to make me a big whiny grump if it isn’t translated well.  I’m hoping it doesn’t come to that!