I’m a voracious reader. After reading about Enlightenment-era scientists who kept meticulous details of weather, climate, and their personal habits in the name of science, personal improvement, and data collection, I have been tracking my reading habits over the past few years.

Once I start a book, I read it all the way through (I use the Nerds On Earth 100 Page Rule as a filter). This has been a rewarding practice for me, because I enjoy the books I read much more and learn more from them in the process.

Nerds on Earth has never been short on book suggestions and reviews, and to continue that tradition, here are some Nerd Nugs: quick reviews and thoughts on books I’ve finished recently. I am completely aware that some, maybe all, of these books don’t fit right into the sci-fi/fantasy milieu commonly associated with nerdery. But Nerds On Earth welcomes nerdery of all stripes—if being a nerd means being passionate about something you love, then these books are nerdy to the core. 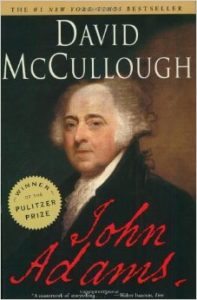 David McCullough might just be America’s greatest “popular historian” (a historian who writes well enough for everyone to enjoy, in other words). His ability to use primary sources like letters, articles, and even houses and paintings in conjunction with his vibrant writing style makes America’s second president spring off the pages in all his glory.

Adams was not perfect; of all the Founding Fathers, his flaws—his prickly personality, vanity, and almost lethal stubbornness—are the most immediately noticeable. As a result, history has not been kind to him, his presidency, or his service to his country.

But McCullough demonstrates that John Adams’ primary belief was an overwhelming confidence in the United States’ ability to create a good and free government dedicated to liberty, a vital lesson for all Americans in all times and places. 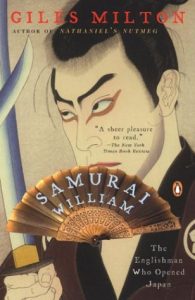 For most of its history, Japan was a mysterious kingdom at the edge of world. Situated on the edge of the world’s largest ocean, the Japanese were enigmatic to the nations and empires of both the East and the West.

Giles Milton’s book shows what happened when a resourceful Englishman from the slums of Elizabethan London named William Adams washes up on the shores of Japan. The book’s best moments are full of the cultural clashes and surprising collaborations between English traders, Dutch sailors, Portuguese friars, and the clever Shogun Ieysu and his brutally pragmatic samurai.

Unfortunately, a large part of the book’s last half is dedicated to the petty machinations of Dutch and English merchants in the verdant cornucopia of Asia’s border kingdoms and islands. Come for the fascinating glimpses of shogun-era Japanese culture, skip the tedious trade talk. 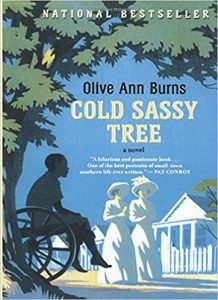 This book offers a delightful and unexpectedly poignant look into a vanished part of American history. Told through the eyes of 14-year-old Will Tweedy, Olive Ann Burns takes the reader back to America at the turn of the 20th century.

The story opens on the town of Cold Sassy, Georgia, whose residents are scandalized by the marriage of Will’s grandfather to a much younger woman less than a month after his wife’s death. That premise leads into a book that meditates on death, love, and the cultural legacy of slavery and the Civil War in the former Confederacy.

Cold Sassy Tree is more To Kill A Mockingbird than Gone With The Wind in its willingness to explore the casual, ingrained racism and prejudice of Will’s family toward people who aren’t like them. A must-read for anyone interested in a subtle and shrewd examination of small-town American life in the age of Theodore Roosevelt.

I’m Not Crying…You’re Crying! A Look at a Powerful Moment from Extraordinary X-Men #17

Street Gang is the Sesame Street Scoop You Never Knew You…

Joy in the Time of Pandemic: The Best Books I Read in 2020