The lighting of the forge is upon us!  But what else will be drawn to our heroes’ location by the sounding of Jogrothir’s Horn…?  Found out today in Episode 127 – Stop Dragon My Hear Around.

With Jogrothir’s Drakesbane Horn in hand, the party must call forth a dragon to light the fire geodes beneath Minderhal’s Forge. 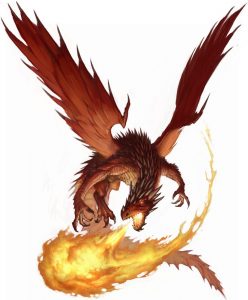