As summer turns to fall, there’s a buzz in the air—school and football are back, Halloween kicks off the end-of-year marathon of holidays, and social media works itself into a perpetual frenzy over any and all news about the next Star Wars.

Why not welcome November with some new podcasts too? Here are seven of my favorite podcasts from all over the spectrum of nerdery.

Seven Podcasts for Nerds…that will broaden your horizons

Art of the Score

Do you often find yourself listening to movie scores? Have you ever wondered what it’s like to play the “Raiders March”? Do you want to name your firstborn child some combination of John Williams, Danny Elfman, or Bernard Herrman?

If any of these describe you, Art of the Score is right up your alley. The hosts are professional musicians who bring a wealth of experience in composing, conducting, and performing most of the scores they explore. Their affection for the music is infectious, and their analysis is backed up by extensive recordings of the scores, many of them played by the Melbourne Symphony Orchestra.

Alastair Stephens is a delightfully enthusiastic, unabashed fan of that galaxy far, far away. He also happens to be a self-described “story expert” who has created numerous podcast series dedicated to Lord of the Rings, Harry Potter, and American Gods under his Point North Media umbrella.

George Lucas always meant for his films to function as stories of good and evil for children. He succeeded more than anybody, even himself, could ever have imagined.

Stephens masterfully dissects each film in the Star Wars canon, including The Force Awakens and Rogue One. Stephens shows that the films are full of nuanced character development and packed with deeper philosophical meaning that elevate them from sci-fi popcorn flicks into true masterpieces of modern culture.

Gateway Episode: “Revenge of the Sith”

Between the Liner Notes The history of music is filled with weird, wonderful, sometimes terrifying stories. Between the Liner Notes lifts the curtain to give listeners a peek at the creative process of artists, bands, and producers throughout history.

Entire episodes are dedicated to some of the most common songs in western culture (“Take Me Out to the Ballgame” for example), while extinct musical traditions like the adult-male-but-boy-voiced castrati are filled with fascinating, sometimes revolting details.

Matthew Billy mixes his knowledge with enough NPR-ish pizazz to make this one a keeper.

The Secret History of Hollywood

This dazzling vortex of a podcast comes Adam Roche, who may be more famous among ‘castianados for Attaboy Clarence, a review show-cum-slice of life show about moves from the Golden Age of Hollywood.

The Secret History of Hollywood is a more serious undertaking—episodes regularly exceed 2 hours and can stretch to a mind-bending nine hours.

Don’t let the length turn you away; each episode is a slowly burning delight, with Roche’s velvet voice taking you inside the studio system of the 1930s and the minds of some of the greatest movie stars of all time. It listens like an old-school radio drama; the best part is that it’s all true.

Song Exploder is unique because of its premise—breaking down the individual instruments, voices, and orchestrations on individual song before hearing it in its entirety—and because of its stubborn refusal to get in the music’s way.

Hrishikesh Hirway gives a brief intro for the episode’s subject and clears out until the end. For the remaining interval, it’s just you, the artist/band, and the song.

A more accurate description would be pieces of the song—the singer explains her writing process, then you hear her isolated vocals; or the guitarist describes his strumming technique before you get to listen to him shred with no distracting bass or drums.

Gateway Episode: “American Football – The One with the Tambourine” 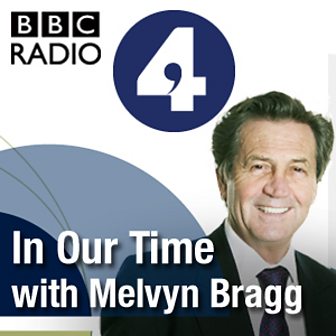 This is probably the most stereotypically nerdy podcast on this list. It’s also the most British podcast I’ve ever heard. Melvyn Bragg, the show’s cantankerous host, discusses “the history of ideas” with three leading academics from the U.K.’s most prestigious universities.

Bragg is not afraid to talk over and interrupt some of the smartest people on the planet, and listening to the shocked, almost defensive explanations of Cambridge PhDs and Oxford dons never gets old.

In Our Time is also a legitimately rewarding show—you will definitely feel smarter just listening to it.

Labeled, an intimate history of the fabled Christian alternative music label Tooth & Nail Records, is as niche as it gets. But if you have a soft spot for four-piece punk bands (Slick Shoes), one-album wonders (Further Seems Forever), blistering metal (August Burns Red), or band drama (Underoath), this podcast is a godsend (no pun intended).

The hosts—members of longtime T&N band Emery— are bracingly honest about the stories they tell and people they interview. Many of these bands are the stuff of legend nowadays, but Labeled treats them like the people they really are.

So there you have it—these should give you plenty of new listening material this fall. If you like any of these great podcasts, check out our primer on the amazing Stuff You Should Know, our recaps of The Glass Cannon, and our own incredible podcasts: The Drift (dedicated to all things Starfinder) and Hall Fights (all about the Marvel series currently on Netflix).