While I am patiently waiting for my copy of the Starfinder Alien Archive to arrive from Paizo, one of the best reasons to have that book is…monsters in space. Seriously, right now there is an excellent chance to create some spooky, space scenarios for the Starfinders you are DMing for.

So, if, like me, you are looking for a quick one shot to run in a horror fashion around Halloween, here are a few ideas of rough concepts that you can take and make work for your game. Can you spot the science fiction inspiration for each?

[Our review of Starfinder Core Rulebook]

The Abandoned Ship. Nothing says something is off like a giant ship just drifting through space. Most will be willing to board it and see what is up, no questions asked.

But with some groups, they may know a trap when they see one, so you may want to incentivize them, via some sort of treasure (or potential treasure) on board.

Twist idea: the Ship isn’t abandoned; it is just full of mute children who have the eyes of the ones who have seen things.

Someone becomes The Host. As far back as first edition D&D, the worst monsters aren’t the ones that TPK you and your group. No! The worst are the ones that take over your character. This idea should get played out more often than it does, which is that a PC or a beloved NPC gets taken over by something.

In the space of Starfinder, that could be a small creature, a space ghost or something wholly different. The trick is to then decide if the thing is alien and how alien. Is it parasitic, slowly sucking life and limb out of its host? Or, if the party is patient, does it turn out to be symbiotic?

Imagine creating a trade-off where a PC has to decide if it is worth keeping this strange tagalong who gives the PC some strange space powers in exchange for being the host. Until it eventually exacts its horrible, horrible price.

The Hunted. When the group encounters some NPCs who are desperately on the run, the questions need to center on who and why. Is there a virus that made all the Androids in this sector go crazy, turning them into a raging robots of death? Has a renegade group of Vesks in this area lost their willingness to play nice with the Pact Worlds and turned hunting other humanoids into a sport?

As a sidebar twist, consider playing the “It Follows” card and letting the NPCs get away because they have passed on the curse to a new group of the Hunted: the players! 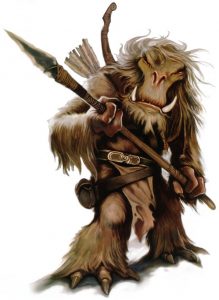 Role Reversal. Have the PCs discover a group of aliens on an abandoned planet who all they do is fight off the adventurers who land and try and take all their stuff. I mean, there is no example in history of stronger forces exploiting the original denizens of a land for its resources. This would be an all new story. /s

For an even better twist–for this one night, switch roles, where you give the PCs control of the monsters and you run the PCs; this can be an especially great tool if you think your characters aren’t using the fullness of their abilities and capacities. Be careful that the monsters don’t wind up TPKing the heroes though.

The Crazy Prisoner. This scenario can be especially fun if you are a DM who likes roleplaying. Have the crew take on the task of transporting a prisoner from where you are back to Absalom Station.

Only, the prisoner is seeing visions and other things, creepily predicting things that happen like the Drift engine cutting out, or losing lights or encountering some creature that seems harmless but terrifies The Prisoner. And what if another NPC goes missing. Is it real? Or is The Prisoner crazy? Can the heroes afford to take a guess?

Did you spot the science fiction inspiration for each of these? If so, hop over to Facebook and let us know. Share your Starfinder Halloween ideas there as well!

The Nerdy Jobs Podcast: An Interview with Reid and Josh from Sneak Attack!