Light your torches, D&D players! Scientists have found the Underdark.

Dante called it the Inferno. Christians call it Hell. Norse mythology dropped an ‘l’ to make it Hel. Buddhists call it Naraka.

Sometimes us D&D nerds will refer to it as the Underdark. And it appears that scientists have found it deep beneath the Earth. They even made a map of it. 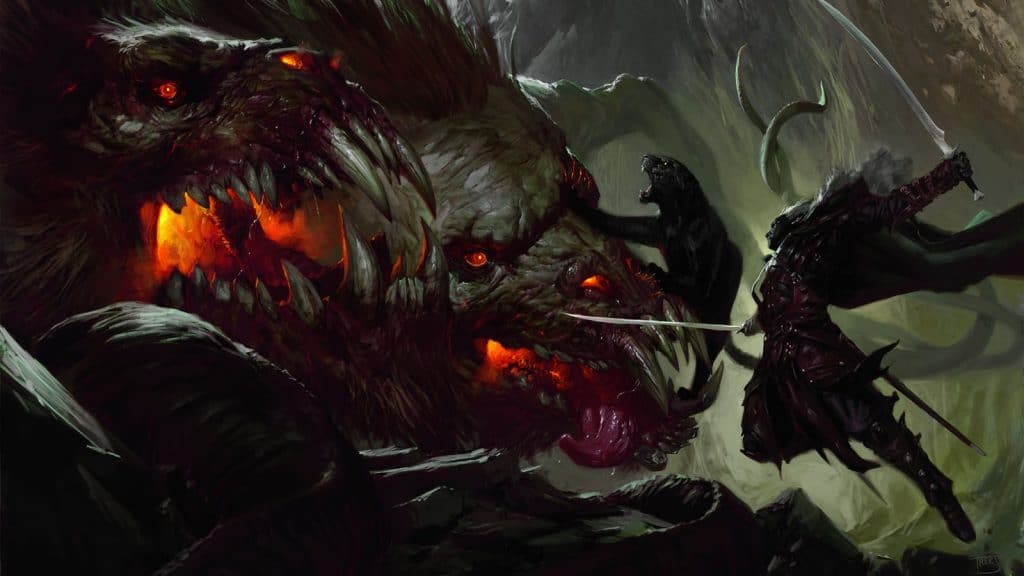 OK, you got me. Subterranean caves filled with Derro and Svirfneblin certainly cannot exist and I am in no way a lizard person trying to conceal my home from you filthy overlanders. Instead, it’s just good ‘ole fashioned geological science.

The very basics: Earth is made of tectonic plates. These immense sections of the Earth’s crust spread apart and crush together, causing things like volcanoes, earthquakes, and continental drift.

Most of us remember that part from middle school science classes, but there is deeper stuff going on as well. Subduction is a geological process where one plate moves under another and sinks into the Earth’s mantle.

The portion of the plate that is descending into the mantle is called a slab and scientists have been working on what they are calling the Atlas of the Underworld, a map of these slabs. But *wink, wink* us nerds know that what they have really created is a map of the Underdark.

Using seismic tomography, the scientists have used the speed of sound waves through the Earth to construct images. They are pretty much x-raying the Earth, in other words.

From this they have learned a lot about the history of the Forgotten Realms Earth. For example, the Bitterroot slab sits 120 miles below North America. Subducted about 50 million years ago, the Bitterroot slab causes the area of volcanic activity around Yellowstone National Park.

I encourage you to check out the Atlas of the Underworld here. Just know that you are seeing a map of the Underdark when you look at it.

Us nerds of been fascinated by the Underdark for decades. First introduced by Gary Gygax himself, the Underdark has featured famous D&D denizens like the famous drow Drizzt Do’Urden, star of about 4 million R.A. Salvatore’s novels.

The Underdark’s vast subterranean network of interconnected caverns and tunnels also serves as the home of Aboleths, Hook Horrors, Myconids, Kuo-toa, and my personal favorite, the Derro, a creature I’ve written about before.

While the Beholder is perhaps the most famous Underdark denizen, Matt Mercer’s Critical Role web series began in the Underdark, introducing new D&D fans to Duergar and Mind Flayers. The Underdark is also featured in Out of the Abyss, a major D&D storyline.

The Underdark may be a dangerous and creepy place, but thanks to scientists, we now have a handy map. Just click here to see if the Mind Flayers are living right beneath you.

7 Reasons Why You Should Be Playing D&D

The Generations Trilogy of Drizzt Novels Concludes with Relentless