There is a great game for everyone.

By Clave Jones On Mar 2, 2018 Last updated May 23, 2018
So much awesomeness in one cardboard box.
Share TwitterReddItPinterestFacebookEmailPrint

But those types of games simply aren’t connecting in today’s sophisticated board game environment. Games like that are kinda like the guy who uses Max Compatibility as a username in a takeout app profile. And anyone with even a nickel of self-respect knows they can do better than to swipe right on that clown.

So what are some types of board games that are good to hook yourself up with in this modern, sophisticated board game environment? Here are 7. 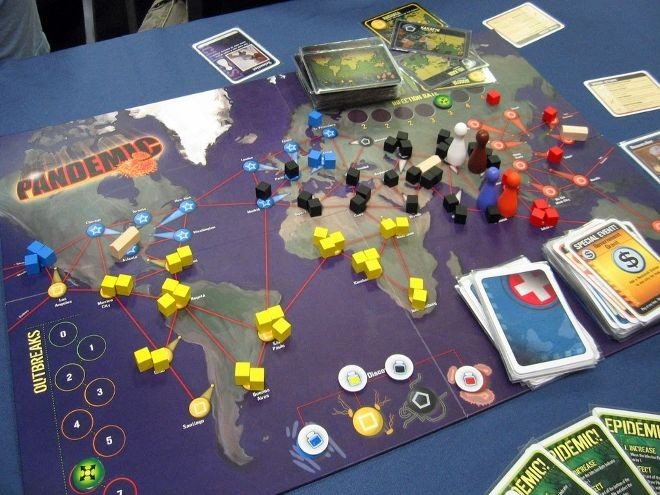 (Lords of Waterdeep or Stone Age are great examples of worker placement games that I enjoy, both of which have nice iOS versions of the game if you want to give the game type a try before you buy.)

Co-op or Co-operative games are a newer type of board game, as board games have traditional been mostly player vs. player, whereas in a co-op board game the players team tighter to play against the game itself.

(Pandemic is the best example of a co-op board game as all players team together to fight back the spread of a global contagion.)

Deck Builders are types of board games that primally feature cards. Players typically start with a limited hand of cards, but as turns progress, they are able to acquire more cards that slowly open up more player options for them.

(Dominion is the best example of a deck builder, as it is widely considered to be the granddaddy of deck builders, having introduced the type.)

Area Control games are typified by players strategically using their resources to maintain ownership of large areas of the game board, while other players try to take it away from them.

(Risk is an older example of the area control board game type but there are newer ones like Small World. )

Legacy are a newer style of board games that change as the game progresses. They can be any genre and they take on the legacy type only if they feature permanent changes play-to-play. Some feature serialized stories that unfold as the play progresses.

(Risk Legacy actually kicked off this type and Pandemic Legacy perfected it. But there are others like Gloomhaven and Charterstone.)

Mystery / Secret Identity are types of board games where players engage in a little “Who done it?” detective work. And modern board games have come a long way from Clue.

(Deadline is one that we’ve recently reviewed, while Mysterium is quickly becoming a favorite of the type.)

Combat games certainly haven’t fully gone out of style, despite the fact that modern board games do place a higher emphasis on strategy and teamwork than an old school game like Sorry, where you are supposed to send other players’ pawns flying.

(Blood Rage is a fantastic modern combat game that pits Viking clans against one another and Star Wars Rebellion is a deep-strategy asymmetrical combat game.)

Again, there are literally dozens of types of board games, so the above barely scratches the surface. What’s more, it couldn’t be a better time to be into board gaming, as new genres are being innovated year after year, many by creating wonderful mash-ups of the above types.

But this should help get you started. And you really should get started! There’s a lot of fun to be had!