When I told my tabletop gaming group that I had a few new games on hand I’d like to review, Curio: The Lost Temple was selected to be played first solely because it boasts a playtime of between 3 and 10 minutes.  We figured we’d play it a few times and move on to the next one.

Something like two hours later–with no other games having been played during that time–we finally packed Curio up.

It quite literally stole the show.

Curio: The Lost Temple is a cooperative puzzle-solving game designed by Ian Zang and produced by WizKids Games.  During the course of play, each player will:

There are 50 Expert Cards (these are the instructions you have to relay to others) per module, so replayability is super high.  Add to that the opportunity to rotate the modules amongst the players and there is a lot of variety and variability to Curio.  This is not a one-and-done puzzle game by any means!

Each module is also unique with regards to the mechanics needed to arrive at your answer. 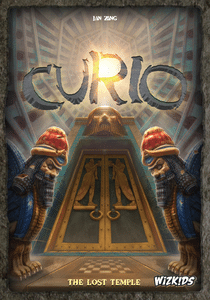 Once players have a decent grasp on how to operate within their module and how to correctly read the instructions of all Expert Card types, gameplay will move swiftly and loudly.  See, your performance is graded based on how quickly you correctly solve all of the Expert Cards in play (2 per module in play).  Wrong answers will have different consequences based on difficulty.  In some cases, you discard and/or replace the Expert Card.  In others, a single wrong answer means the game is lost!

Your base score is determined by the time it took the players to correctly solve all puzzles, and modifiers are applied for playing at different difficulties (up to +2 for Hard). 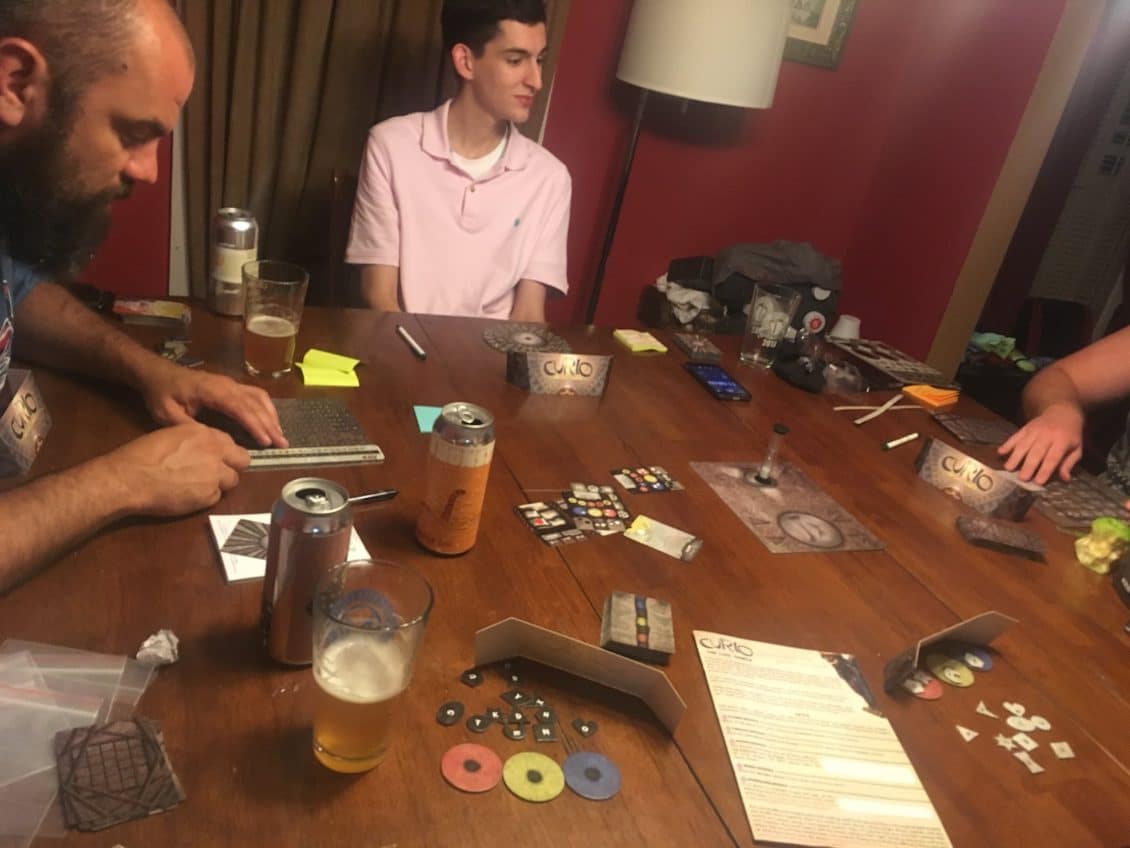 My gaming group had an absolute blast playing Curio!  A large portion of the fun came from trying to describe the game’s various symbols to other players.  The Expert Cards cannot be shown to the person attempting the puzzle, and with speed as the name of the game, you’ve gotta get really creative really quickly.  This is where a lot of our entertainment value came from!

For instance, I called this symbol “Elephant Deadpool” early on, and it stuck.  Everyone at the table referred to it as such for the duration! 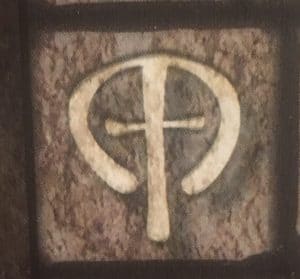 This one, however, went by many names. Some called it a hangman’s noose (it looks just like the little shape you first draw when playing the Hangman word guessing game), while others referred to it as “the seven with the booger.”  And no, I wasn’t playing with anyone younger than 16. 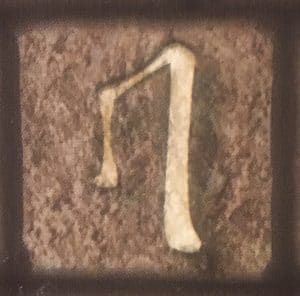 We also sampled a handful of different speed strategies.  You’ll learn quickly that multiple puzzles will have to be in the process of completion at once.  We even had instances of a player both giving and receiving instructions simultaneously to net a better score!  With the difficulty modifier, our highest score was 7/10, so we’ve got some room to grow…but we don’t mind that at all.  It gives us a reason to play it again; not that we needed a reason beyond its fun factor!

And what’s more: We didn’t even get into the app (we couldn’t seem to find it in the Apple or Android stores) or the Distraction Board. Both of those require one player to basically go on time-out for up to 30 seconds at a time; no speaking, no working on their module.  Another player must then swap positions with them, and if the hourglass timer runs out – you lose.  Playing with the hourglass also nets you another +2 to your score, so there is both challenge and reward to that decision!

Curio: The Lost Temple was a huge hit at our table.  While the puzzle mechanics themselves are simple, the fun comes primarily from the communication and speed of the gameplay.  The inherent speed of play and mechanical variety made it easy to play over and over again in sequence, and the scoring metric is plenty challenging.  You likely won’t score an 8 or higher without some practice, and a 10 doesn’t feel impossible, but it isn’t going to happen too easily either.

There’s no doubt Curio: The Lost Temple will make future appearances by request at game nights here.  Definitely a fun and noteworthy addition to my collection!  You can snag yourself a copy from Amazon here!