When I reminisce on my academic career, past college, past the abject terror of high school, I settle somewhat comfortably back in the days of my budding nerdiness: middle school. I had found my niche in a small group of also-nerdy friends, and we all luckily shared a class and could congregate in our cluster of desks, pass notes, laugh at our inside jokes, and enjoy being around each other.

Times were good and simple, and my concern was reading the next Harry Potter book or at whose house we were going to play Kingdom Hearts on that particular weekend. Lucky for me, that class that we all had together was English, the subject that came most naturally to me…

Not only did my love for words and talent with the English language mean that I could goof off with my friends in class at twelve years old and still pass the spelling test, but it also means that I now have a certain adeptness for word games that I can lord over my dear husband, Adam, who normally decimates me when we sit down to play… anything at all.

So, naturally, when I realized that the next board game on my list was a word game, I was ELATED, and so very prepared to use my vocabulary skills to take revenge on my gamer husband. When I first set eyes on my next item from Renegade Games, Christopher Chung’s Spell Smashers, I was hooked. When I set eyes on the gameplay instructions, however, I knew I had found a special game: a game for me. 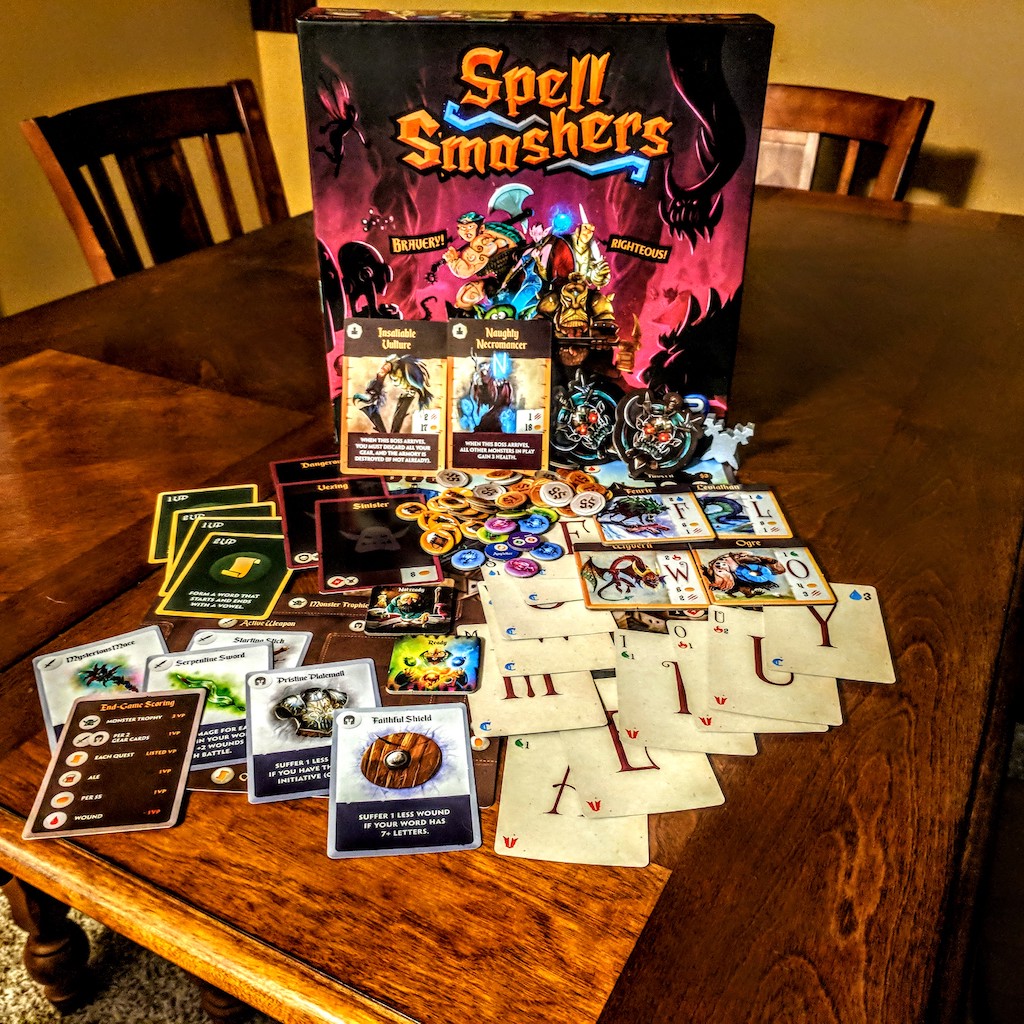 Spell Smashers: Let Me Spell It Out For You…

The main function of Spell Smashers is to earn points by using the letter cards to spell words! Sounds simple, but add in equipment cards (with some really nifty boosts and bonuses!), different alchemical concoctions, and the terrifying (but actually helpful) wound cards, and it gets a little trickier. 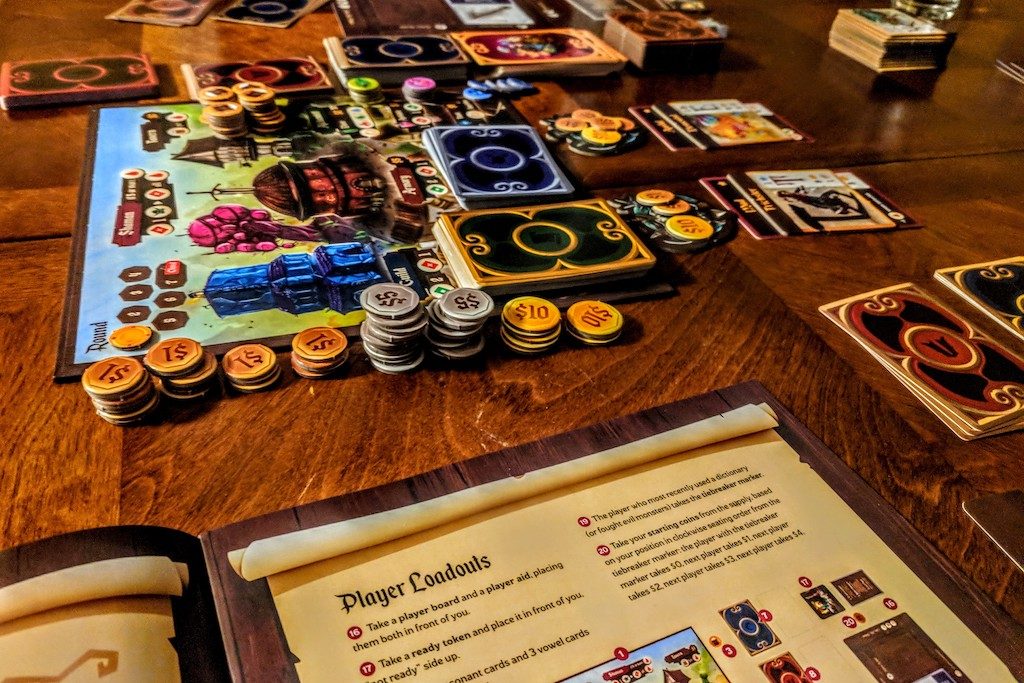 Spell Smashers: This Game is B-E-A-Utiful, and I’m Going to Tell You Why

It Makes Me Feel Like A Kid Again (But Not Too Much): I think the reason that I enjoyed this game, most of all, is that it feels very nostalgic for me. It captured the lighthearted, fun, not-too-serious-but-still-goal-oriented feel of the games that caught my interest during childhood. Spell Smashers has a fun, colorful, memorable appearance (shoutout to Mihajlo Dimitrievski and Cold Castle Studios–responsible for illustration and graphic design, respectively).

It’s carefree and upbeat, but still provides a challenge. There were several times when Adam would snag a monster token right out of my grasp, or I would repeatedly come within one letter of completing one of the more difficult quest cards, that I came to really appreciate how challenging it actually was, making it fun for a good range of ages.

It’s Educational: That’s right! I’m talking to you nerds with kids! This game is rated as appropriate for ages 12 and up; perhaps you have a whole family of nerds at home? It can accomodate 1 to 5 players. Perfect candidate for a future family game night! Doubles as practice for a spelling test.

Strategery!: There are many, many ways to play this game and many things to focus on as a point-earning-game-winning strategy. The sheer amount of point-scoring collectables in this game gives players a lot to explore and toy with and discover the most effective ways to collect points. For instance, do I keep as many wound cards as I can without being penalized and visit the tavern every round and focus on collecting ale tokens, or do you focus more on gathering all of the coins you can and buying from the armory? The possibilities are vast, and there are many ways to win!

I have played with friends, I would bring this to family game night, and if I had children, I would most definitely try it with them. But, for now, I’ll just stick to playing with Adam, and being the slightest bit obnoxious about it when I win.

[Disclosure: Renegade provided Nerds on Earth with a copy of Spell Smashers in exchange for an honest review.]

Need new monsters for D&D? The Creature Codex from Kobold Press is here

The Hills are Alive with the Colors of Arboretum!

I am not smart enough for the Wendake board game, but you…