How to Give Your High Level RPG Encounters a Proper Challenge

Recently, high level encounters in roleplaying games have gotten my attention. First, one of my favorite live play podcasts has reached level 12 in their Pathfinder adventure path and it has meant that they are encountering some pretty high powered monsters. But to be honest, it is feeling kind of boring; they meet the Big Bad, they all attack the Big Bad and the Big Bad dies, although occasionally the Big Bad gets a swing in and does some massive damage on 1 player.

And I recognize that slog feeling because as the last group I DM’d for headed towards the end of the D&D 5e adventure Tomb of Annihilation, we were experiencing some of the same ruts in our gameplay.

So here are some things that I did for our adventure at those higher levels to help make the high level encounters more fun and engaging.

How to Make Your High Level RPG Encounters Challenging 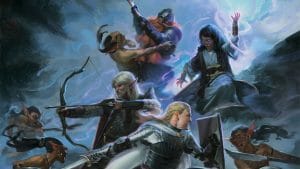 First, you have to recognize the power of high level characters. Once you cross level 8 in most systems, player characters are becoming some serious damage dealing machines. Just this week, I played in a D&D Adventurers League (DDAL) Tier 3 game where, with some luck and high rolls, one player dealt 173 points of damage in a round.

And, sure, his was a character built to do maximum damage, but those kinds of characters exist. So once you recognize that, you need to look at your adventure and know what the players can do and what they are best at.

Put more targets on the field of battle. I am not an adventure expert, but I have read quite a few adventures and one of the hiccups that nearly all of them seem to produce is you wind up with a party, all of whom are powerful and can do some significant damage, facing down one or two big, bad creatures on every encounter.

The reality of the math is that encounters built like that aren’t going to be very interesting or last very long. Even if you take out your mega-damaging characters, most characters are going to be able to do 20-25 points of damage a round easily both from range and up-close. If you have 4 player characters averaging that, it only takes you 3 rounds to get to around 240 points of damage or more.

And even as powerful as most high level creatures are, that level of damage can’t be easily absorbed. So when you have this focused fire problem, what do you do? Put some other targets on the board.

Now, this doesn’t mean you take the super high level creature and double or triple it and go to work; that likely will break the math of the game and lead to one session of good rolls on the DM’s part ending in a TPK. A good DM can thoughtfully come up with some excellent other targets that make sense for an adventure. 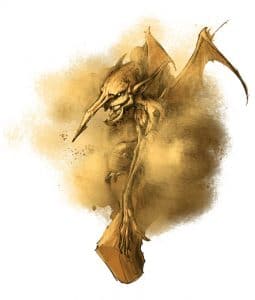 For instance, if you are fighting some Ice Giants, then think about adding some ice mephits on the map. They are lower hit point targets who likely wouldn’t be able to take down one or more of your characters on their own, but they do break up that concentrated fire or, if your players balk and keep firing at the big bad, they can wreak a little bit of havoc in other ways. In D&D 5e, an ice mephit can cast an obscuring fog, not to mention they have the delightful exploding damage they do when they die and any other creatures are near them.

Also, another tip to speed up game play with these weaker creatures is to pre-roll their attacks. Just make a simple chart of d20 rolls and mark items off as things happen. This helps stop the slow rolling that can make combats take too long. And using the mid-range damage that is listed in the monster books also make sense for similar reasons; rather than rolling every damage dice, take that average for speed purposes.

Second, make sure you really know the Big Bads that you are running. As you get to higher levels you are going to be piloting creatures that can do heavy damage but that also should be better tacticians; if they have lived to be this level, they have seen some stuff. It is okay for the gameplay to reflect that. It isn’t targeting your players to have one creature knock a player character prone and the next one to have advantage on it when it attacks with its heavy duty weapon or spell.

Along similar lines, spend time to map out spells that a spell caster might use and maybe even pre-plan an attack approach. Some kind of entanglement spell that then is followed up with a fireball can be pretty challenging for the characters versus each of those as a solo event. It is far too often I get to the end of an encounter and realize that I left the most powerful spells a caster had access to on the bench because I wasn’t prepared well enough to be the villain.

Third, vary the field of battle. Are there ways to make changes to the environment that make a fight harder? Recently, as a player, we encountered a 50 foot deep pit that we had to navigate down and back up in order to get access to the villain and treasure we were seeking. While we had some characters who could teleport or fly over, several of us had to take several rounds in order to get close enough to do damage to the main target on the other side.

Then by throwing in some low level threats at the bottom of the pit, it slowed us even more so. If there are ways to throw other challenges at your player characters during combat, that can be a way to make encounters tougher and force the players to do more than just lay out damage.

So, what about you? Do you have some advice to help make upper level encounters fun, challenging and not just “point and roll damage”?  Drop in on our Character Sheets Facebook Group and let us know what you’ve found to work.  We’d love to hear from and interact with you!