Hobby board game prices are rising, with the major publishers announcing a significant increase in MSRP (manufacturer suggested retail price) for 2021 or simply raising prices for retailers by cutting into their margin and asking them to eat to price increase.

Us board gamers mostly don’t mind, as we know the benefits of owning board games and appreciate the component quality of hobby board games. But that doesn’t mean we aren’t looking for a little more value out of our dollars, so which games to choose if that’s what you are looking for?

Well, that gets complicated. What is value for one isn’t for another. And we certainly don’t want to just list 7 inexpensive games. We’re going for value, cheapness.

So, here are 7 options that provide value in a variety of ways and let’s you choose how to spend your dollars.

Pandemic is what’s called a co-op game. What Monopoly was to yesteryear, Pandemic is to our time. It is a “gateway” game that has introduced many to hobby-style board games by popularizing the cooperative board game, meaning you don’t compete with your teammates, you work together.

Pandemic is a clean, elegant game that has you take on the role of CDC workers, trotting around the globe, knocking off disease cubes to prevent a global catastrophe. If Covid-19 has you feeling uneasy, Pandemic is an excellent outlet for gallows humor.

The standard version is pictured above but there is a version I want to keep secret and that is Pandemic Legacy, a version where the game changes as you play it. Cards are removed, pieces are added, characters gain new attributes. Played over 12 months, it’s a game that can’t be played over and over but packs a lot of intrigue and action into those 12 plays, a nice bang for your buck.

You can get Pandemic Legacy here. 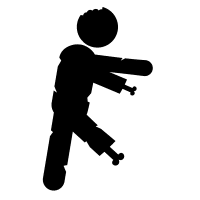 Zombicide is nothing but big, dumb fun. Few games go better with beer than Zombicide, and there isn’t a game that has a better horde of cool miniatures. It’s consistently the best-seller through Nerds on Earth affiliate links.

In Zombicide you play survivors who are working against a legion of the undead. It’s pulpy fun. We’ve done a full review, but trust us when we say you’ll get lots of hoots and hollers from Zombicide.

A 2nd edition just released and….it’s not cheap, so why in the Sam Hill tarnation am I claiming it’s a good bang for your buck when you have to spend a lot of bucks to get it. Well, the box is packed. There aren’t just a few pieces rattling around in an empty box like a 4 chips in a Lay’s bag. It’s loaded full of plastic and cardboard.

But the main reason you’ll get a lot of bang for your buck is you can paint the miniatures if you want, which is a wonderful hobby to get into and will give you hours and hours of activity. Here’s a guide to painting those zombies.

Dominion is the granddaddy of what are called deck builders. You start out with a small hand of cards and limited actions. Turn by turn you add cards and your actions increase.

Dominion is chill, yet still thoughtful. It works great as a two player game, so it makes for a nice, quiet date night at home. It also has loads of expansions, and while there are flashier games that exist, you’d be hard pressed to find a game that is more universally appreciated than Dominion.

But what’s the value in a box of cards you might ask. Well, I’ve brought a gazillion couples in to the hobby using Dominion. It’s easy to teach and green to play with couples because you can chat as you play. As a result, it will be taken off your shelf for years and years, making it a nice bang for your buck.

Get Dominion here. You won’t regret it.

Finally, an inexpensive game on this list, as The Crew goes for under $20.

The Crew is a small box card game that is not much more than taking tricks, so it’s a tried and true formula that can be picked up easily.

But the twist on the game is that there are 50 missions you must complete as you take the tricks and they get progressively harder as you go. So, for example, the cards are dealt and it is time for trick taking. But you mission might be that Player A must take the last trick. So, play proceeds but all the players must work together to noodle it out and set it up so that Player A gets that last trick, satisfying the win condition.

The game plays so fast you immediate want to deal the cards out again if you fail in your mission, meaning you’ll play it over and over again. And winning a mission is so satisfying you will immediately want to try the next one once you succeed. At less than $20, that makes The Crew a great bang for your buck, even though the quality is not much more than a few cards in a little box.

Get The Crew here.

Marvel Champions is what is called a Living Card Game (LCG), which means you have a core game but there are expansion decks of cards that release each month that cost about $13.

So, how is Marvel Champions a good bang for your buck if you have to buy a core game only to be enticed to buy an expansion every month? First, the core game is excellent and offers a lot of re-playability, so you’ll feel like you got a solid bang for those bucks spent. (We’ve written more about Marvel Champions if you are entirely unfamiliar and want to go deep.)

Second, you can pick and choose the expansions decks you buy, there is no need to get every single hero every single month or buy any at all. Just pick up the decks that look fun for you, because each deck extends gameplay by bunches. That hero’s deck can be paired up in different combinations with the various heroes in the core box, plus those hero decks can be played against each and every villain in the core box, offer a ton of variety in gameplay options. In that way the game is extended without breaking your bank.

Horrified makes this list because it’s a surprisingly good game that is designed for the mass market, meaning the MSRP is more reasonable, although it’s is not a cheapy-made game like Monopoly or Clue.

Horrified leverages the old school masters Frankenstein, Bride of Frankenstein, Wolf Man, Dracula, Mummy, Invisible Man, and the Creature from the Black Lagoon in a really solid game that allows a variety mission and win conditions, making it a game a family can play again and again.

Sure, you won’t be stoked by the cardboard standees and the miniatures aren’t of a high quality like Zombicide where you’ll be dying to paint them, but it comes at an attractive price point that offers you a lot of bang for a few bucks.

(Pro Tip: Horrified was designed by Prospero Hall, a collaborative design studio that specializes in mass market games built on IP properties that offer a much more fulfilling experience than what you’d typically find in mass market games. Other standouts include Jaws, Villainous, and Back to the Future: Back in Time. I’ll be bold enough to say every Prospero Hall game offers you a nice bang for your buck. They are consistently good.)

Point Salad is an inexpensive game. It is a fast and fun card drafting game designed for the whole family. It gets its name because there are a gazillion ways to score points, so players may use a variety of strategies, giving the game nice re-playability. It doesn’t hurt that it plays fast.

Cards come in six different types of veggies, and the back of each card has a different scoring method. So for instance, one scoring method may award 2 points for every carrot you have, but deduct a point for every onion. By drafting combinations of veggies and point cards that work for your strategy, you can amass the most points and win.

It’s affordable and it will gets lots of play. That’s a nice combo if you are looking for bang for your buck. Here’s more on Point Salad.

There you have it: 7 great games to consider when starting a board game collection, particularly if you are going for a little more bang for your buck over other games. There are some truly expensive games on this list, yet the boxes are packed and the games offer engaging game play. But there are also expensive games on this list that might not have a lot in the box but nevertheless offer great value.

Which titles would you recommend to brand new board gamers who are looking for bang for their bucks?  Drop in to our Boarderlands Facebook Group, which is a dedicated space for all things tabletop, and let us know!

Board Game Review: Take to the Peaks with Summit: The Board Game!