What Could be the Next Walking Dead: An Introduction to Preacher

In this series of pieces, we have been looking at comic book series that could potentially be the next Walking Dead.  What comic properties are out there that could be turned into a long running series on television?  (I just noticed that thus far, all of the recommendations are coming from a certain era of comics and even more specifically from the Vertigo imprint of DC.)

In part one, we looked at DMZ, the story of Manhattan during the culmination of the second American Civil War, set at some point in the near future.

In part two, we looked at Y: The Last Man, the story of what happens when every male mammal except a fledging escape artist and his pet monkey die.

In this part, let’s talk about the Vertigo series Preacher. 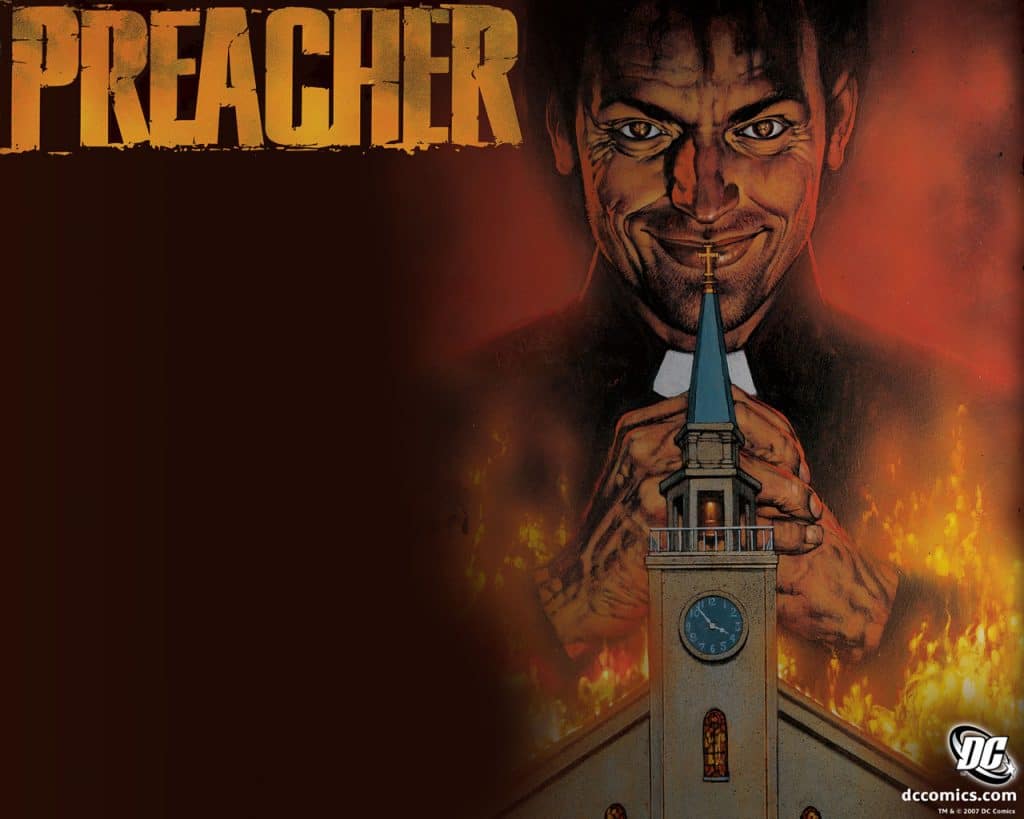 Preacher is a series that is much loved in Hollywood and is often talked about as a series, a movie or a mini-series. Different people have been attached through out various iterations to star, to direct or showrun for this series.  So clearly, people think the story has potential.  So why?

Preacher is the series written by Garth Ennis and drawn by Steve Dillon.  The series ran for 66 issues and ended in October 2000.  The story is a bit more supernatural from the other titles we have talked about.  The gist of the series is that Jesse Custard, a small town preacher who gains supernatural abilities from a demon named Genesis during an incident that flattens and kills all his congregation members.  Custard then goes on a journey to literally find God and it tells the story of what happens and who he meets along the way.

Why would Preacher work with TV?

Here are some of the reasons that this show could work:

Full disclosure, Preacher wasn’t my thing.  I read several of the trades and I can understand why some people like it but it wasn’t my favorite and I neve finished it.  That said, its appeal as a series for television makes sense.  And it is obvious that others agree, given the number of times it has been out into and out of production.

Read Part 1: DMZ and Part 2: Y the Last Man. Then tell us in the comments what comics you think would make excellent television shows!