This post is part of a series of posts where we look at what long running comic book series could be looked at as the intellectual properties that could launch a hit television series, just like AMC did years ago with the now top-rated Walking Dead.  Our first nominee was the Brian Woods penned DMZ (read about that here).  This time, we want to look at the Brian K. Vaughan series Y the Last Man. 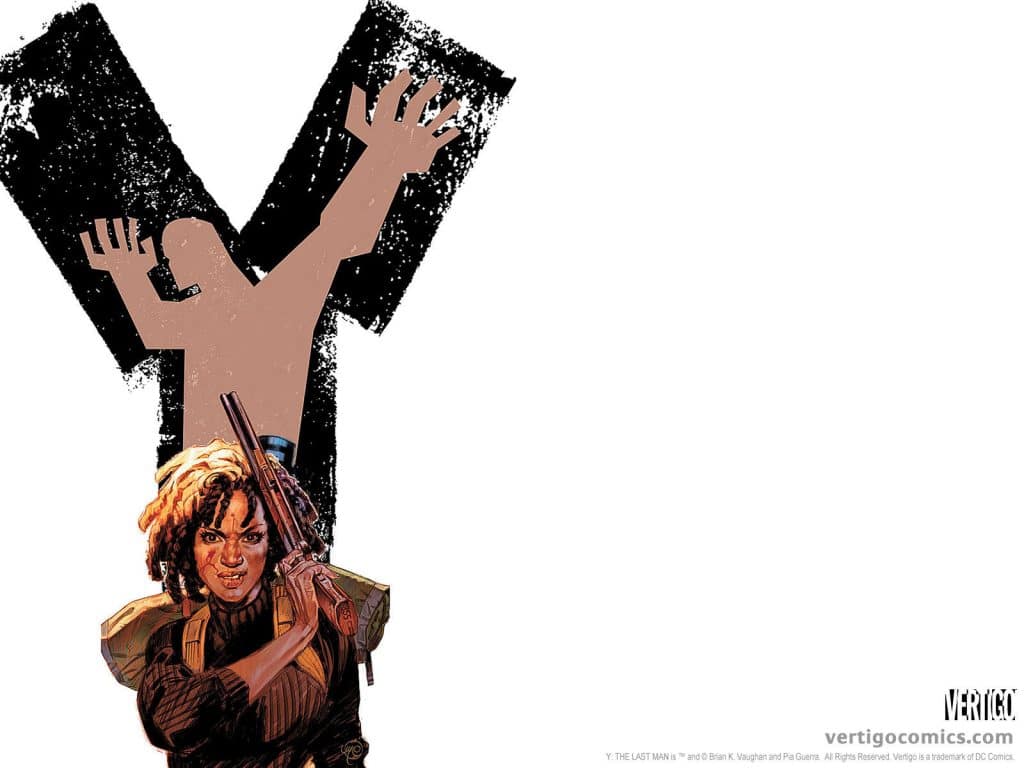 Why Could Y the Last Man be the Next Walking Dead?

First, Brian K. Vaughan is one of the best writers in the comic book business. Period.  His current masterpiece is Saga but before that, he was known for some major titles and properties, both for the Marvel and DC companies and also independently created.

For a while, we lost Vaughan as a comic book creator as he was having major success as a television writer, most notably by helping the television series Lost regain itself after some stumbles, helping them remember what it was to tell a long form serial story.  All of which I list as the credentials for the writer before getting to the completed masterpiece that could be an excellent television series.

Y the Last Man began in 2002 and ran a total of 60 issues.  The premise of the book feels almost made for television. The basic idea is that something goes horribly wrong and kills every male mammal…except for an fledging escape artist names Yorick and his pet monkey Ampersand.  And from there, a LOT happens.  It has a robust supporting cast of characters, most notably Agent 355 who becomes Yorick’s protector as they try and discover what has happened and why is he the only one to survive.

Why the Comic Series Y the Last Man Works for Television

Here are some of the reasons that this show could work:

So, Y the Last Man could be the next great comic to television success story. Personally, I am thankful that the movie wasn’t made, in part because there was too much material to try and cram into a 2.5 hour film.  Television would let the series breathe and develop and take turns.  Add in the brilliant creator who has already had television success and it could be a hit property for a network!

Read Part 1: DMZ. Then tell us in the comments what comics you think would make excellent television shows!