The 10×10 Board Game Challenge is popular on Board Game Geek, by far the most popular portal for serious tabletop gamers. The idea is simple, at the beginning of the year you make a resolution to play 10 board games 10 times each. This allows players to really dig into a game before the next shiny object draws them into buying something new.

I love setting goals and love making lists (I am a nerd, after all), so I’m going to throw my hat in the ring. Here are my picks for the 10×10 Board Game Challenge for 2015. 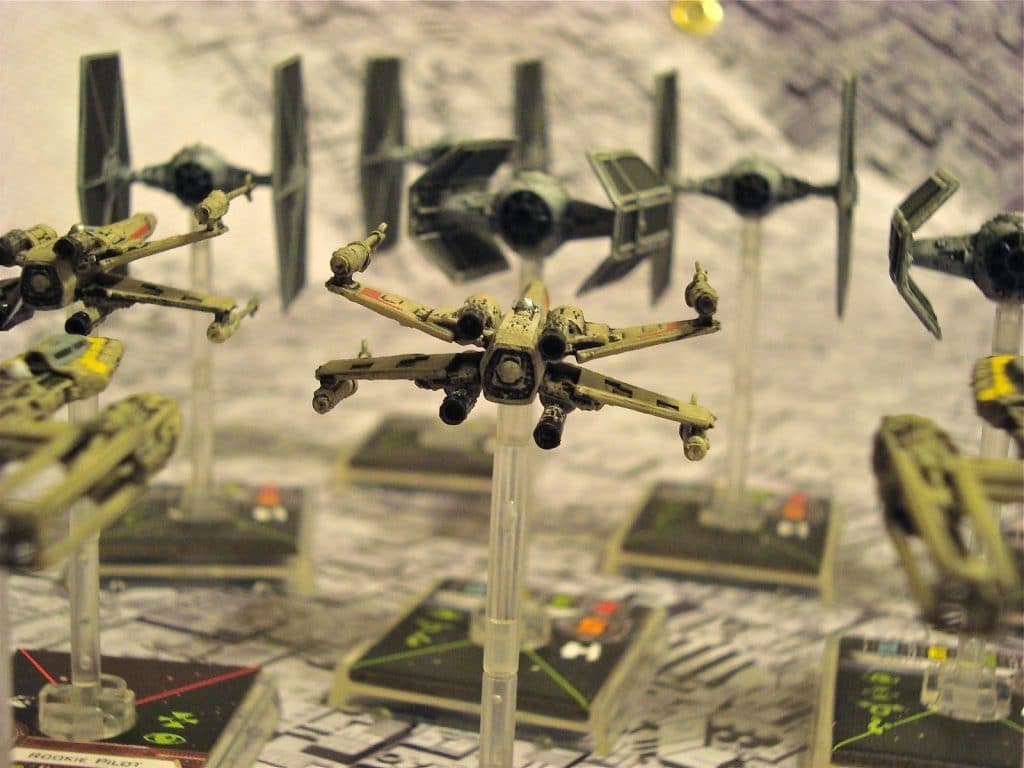 I have a coworker that I’ve introduced to Star Wars: X-Wing, a fantastic skirmish game between tiny little Tie Fighter and X-Wing miniatures. We’ve already set a few dates where we both pack our lunch and run a quick scenario while we eat. So I’m confident I’ll get 10 plays of this one in 2015.

I plan to introduce my coworker to Marvel Dice Masters next. Like X-Wing, it’s a thematic 2 player game where we can nerd out over lunch. The price point ($15) is great and since we won’t be hard core about it, we can simply create our favorite Marvel superhero teams and duke it out. 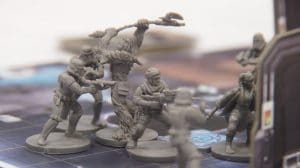 I just got Imperial Assault and I couldn’t be more excited. It’ll be more difficult to find someone to play this one with me 10 times in 2015, but I’ve already picked up some paints to get to work on the Stormtroopers. If I only play a few times, but still get hours of relaxing enjoyment through painting the miniatures that are included in this game, then I’ll certainly consider it a win.

Cash ‘n Guns is our go-to game if my wife and I have another couple over and want to pull out a really light, fun game that is easy to teach and plays really fast. It’s always a hit and my 6-year-old often plays with us, which is fun. Each play represents a good time with friends, so let’s hope I get 10 plays of this one in 2015!

I’m probably most confident on this one. If you read Nerds on Earth even occasionally, then you’ll know I’m so in love with D&D 5th Edition, that I’m scribbling its name on my Trapper Keeper.

I’ll likely get 2-3 sessions of Organized Play in over the next couple of months, then in March the new adventure modules release and it’s game on.

Dominion is my wife’s favorite game. She likes lightly themed games that are also light weight and play quickly, so Dominion is right up her alley. Since she’s my #1 gaming partner, I’m sure I’ll get in 10 plays of Dominion on 2015. 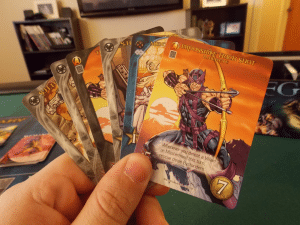 I prefer more thematic games, so I asked for Marvel Legendary for Christmas. Since Legendary is a card drafting game like Dominion, my hope is that I can get my wife to consider playing it on occasion. By ‘occasion’, I mean at least 10 times in 2015.

Legendary: A Marvel Deck Building Game is set in the Marvel Comics universe. To set up the game, players choose a number of hero decks – Spider-Man, Hulk, Cyclops, Wolverine, and more – and shuffle them together. Players then choose a mastermind villain.

Over the course of the game, players will recruit powerful hero cards to add to their deck in order to build a stronger and more resourceful deck.

The Pathfinder Adventure Card Game can get a little competitive on the quests, but it’s a great game to play solo. If I get a rare quiet evening, I’ll often run through one or two scenarios in this game. Plus, I’m only halfway through the first adventure path (I haven’t even needed to pick up the follow-up: Skulls and Shackles), so it’s likely I’ll get in 10 plays in 2015.

Honestly, I like Zombicide mainly because of the miniatures. In fact, the first miniatures I ever painted were Zombicide miniatures and I wrote about that experience here. But with their latest Kickstarter wave scheduled to be delivered to my doorstep in March, I’m sure the excitement of that will encourage me to play.

I already have 4 plays of Memoir 44 under my belt so far this year, so I’m well on my way. I have a good friend who is a WWII nut, so he and I bond over Memoir 44, which is an absolute classic of a game. Not only is the game fun, but I learn a little something each time, plus get to spend time with my buddy.

But I need to offer some caveats, mind you. I’m going to cut myself some slack if I don’t make it. I realize this is me wimping out before I even get started, but I just know my work schedule is too demanding during the day and my evening domestic time with my kids too tiring to realistically play 100 games in one year. Let’s give it a shot though, shall we?

As a result, you’ll notice the above list has pretty light games that often play quickly. While I would love to play Dead of Winter 365 times in 2015 (because it is amazing), I know that I won’t be able to get it to the table that much. And there are other games like Hero Kids, which is a lighthearted RPG that I play with my daughter, but that’s entirely predicated on her initiative, so I don’t include it on my list.

But I’m really curious as to what games you hope to play often in 2015. Won’t you please share in the comments?