By Morgan Mendez On May 29, 2015 Last updated Jul 26, 2015
Share TwitterReddItPinterestFacebookEmailPrint

My list started out with obvious choices that I blurted out quickly, but then I would remember more amazing animes that made me stress about having only 7 slots. I came to the conclusion to do a list of animes that go under the categories of classics, good starter animes for newbies, and personal favorites that I absolutely geek over. 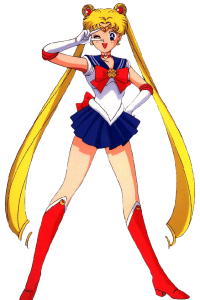 If you are not familiar, you will be soon! The plot of Sailor Moon starts with a typical teenager named Usagi Tsukino. Usagi becomes friends with a talking cat, Luna, who then introduces Usagi to her new crime fighting alter ego, Sailor Moon.

Luna and Usagi have to recruit more girls to form the Sailor Scouts, who will fight evil and search for their princess and the ”Legendary Silver Crystal.” Still on board? You can stream Sailor Moon on Hulu. Hulu also contains a remastered version, Sailor Moon Crystal, if you have watched the original and are interested to see the animation in a more modern style. 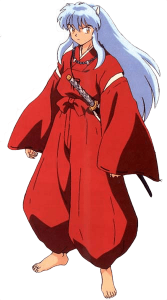 The story begins with 15-year-old Kagome Higurashi, who is your typical studious teen living in Tokyo with her mother, little brother, and grandfather. Kagome visits the well house located on the grounds of her family’s Shinto Shrine when a centipede-like demon comes out of the well and drags Kagome down, demanding that she gives the demon “the sacred jewel shard” of the coveted Shikon Jewel.

Instead of hitting the bottom of the well, Kagome ends up 500 years in the past! As Kagome enters this new world, Inuyasha, a half-dog demon that once was curse bound to a tree wakes up to defeat the centipede demon.

Kagome has a jewel shard in her body, which makes Inuyasha prey on Kagome just like the other demons. Soon after, Kagome accidentally shatters the Shikon jewel into multiple shards that disperse across Japan. Inuyasha and Kagome work out a deal to start a journey to defeat demons and collect the sacred jewel shards so the power does not fall in the wrong hands. Hulu has all the episodes dubbed or you can also suffer the subbed version. 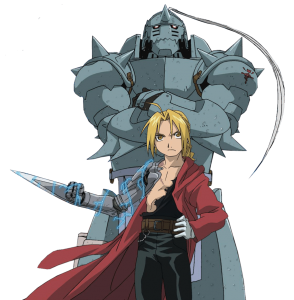 Brotherhood starts with the main characters, Edward and Alphonse Elric, who are brothers raised by their mother in a small village. Their father, Hohenheim, was a talented alchemist who abandoned their family when the boys were very young.

As the boys got older they traveled the world to build their skill in alchemy. When they returned home the two brothers decided to try and bring their mother, who had died of a lingering illness, back to life, but the process ended up failing horribly which resulted in Alphonse’s body being completely destroyed and Edward lost his left leg.

In a desperate attempt to keep his brother alive, Edward sacrifices his right arm in a process that would bring Alphonse’s soul back. After that tragic event, the boys move on to the city in hopes to become government State Alchemists. Edward ends up passing the exam to become the “Fullmetal Alchemist” for the State Military. The government sends the boys on a journey to gather info on the Philospher’s Stone.

On their journey, the boys start unraveling secrets of conspiracies that the government was hiding about the Philosopher’s Stone, which has a connection to their father. You can stream this on Netflix. If you don’t have Netflix, have no fear. There are a few websites that will let you watch the series. 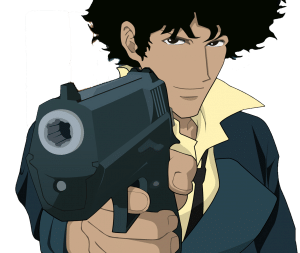 If you are a fan of some awesome jazz, space travel, and corgis, this anime is for you. The story starts in 2071, after a horrible accident that makes the Earth uninhabitable, so humanity starts living in the Solar System.

Crime rate starts increasing in the cosmos, which made the ISSP (Inter Solar System Police) register bounty hunters (cowboys) to round up criminals and bring them back to the police for a reward. The leading crew starts with focus on our main man, Spike Spiegel.

Spike works on the spaceship “BeBop” with his partner who is a former ISSP, Jet Black. Later on they start recruiting more of a crew with an attractive con artist, Faye Valentine, a cross-dressing hacker, Edward Wong, and an adorable genetically engineered Welsh Corgi with intelligence like a human, Ein.

The team gets in a lot crazy situations through bounty hunting and through their rough pasts catching up with them. Spike’s past is the main and consistent influence of the show. You can stream this anime on Hulu. 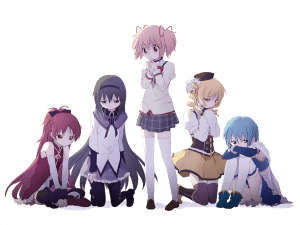 This anime is actually a lot like Sailor Moon, except add a good cup of darkness to the mixture. The plot takes place in Japan following our main character, Madoka Kaname, a super shy middle school girl.

Madoka and her friend Sayaka Miki run into a cat-like creature named Kuybey, who can also talk. Kuybey offers these girls an enticing contract that grants the girls a wish in exchange for them becoming magical girls who kill witches. While the girls are pondering this offer, a transfer student, Homura Akemi tries to stop Madoka at all cost. Homura knows that becoming a magical girl comes with grave consequences.

You can stream this on Hulu or on Netflix. 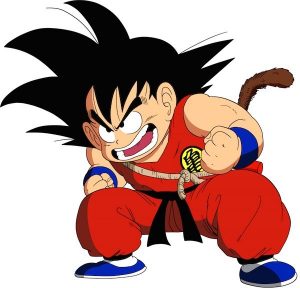 The plot starts with this little boy named Goku who becomes friends with a spunky teenage girl named Bulma. He tags along with Bulma on a journey to find the seven Dragon Balls. Once all seven Dragon Balls are found, it summons a dragon named Shenlong to grant the user’s one and only wish.

The journey leads them to different locations where they meet and recruit allies. Goku goes through intense training with martial arts master Kame-Sen’nin so he can fight in the Tenkaichi Budokai, which is a tournament to test the strength and skill of all competitors.

After the tournament is kind of when the journey to find the Dragon Balls really starts to pick up. You can stream both this one and Dragon Ball Z on Hulu. Dragon Ball Z is also on Netflix. 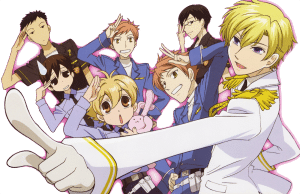 Here’s the weird Japanese humor, with a plot that’s just silly and precious. The plot of this anime starts with a young reclusive student, Haruhi Fujioka, who attends the Ouran Academy. She goes on a look for a room to go study when she stumbles on the Third Music Room where the Ouran Academy Host Club meets.

The Ouran Academy Host Club consists of six male students who gather in this room to entertain female “clients.” As Haruhi walks in, she accidentally runs into an expensive vase that shatters on the floor. The Host club proposed a compromise that Haruhi has to join the host club to pay off her debt. She agrees and gets into many silly shenanigans with the group.

You can stream this show on Netflix or Hulu.

As anime newbies reading this, I hope you get encouraged to give these a chance. As anime experts, hope you got the urge to rewatch some of these favorites. But what are some of your favorites? Let us know in the comments. And if you’ve enjoyed Nerds on Earth, please help us spread the word by sharing our content by using the social media buttons below. Enjoy, and happy streaming!

We Don’t Need Another Fantastic 4 Reboot

Trending Anime: Why You Should Watch One Punch Man